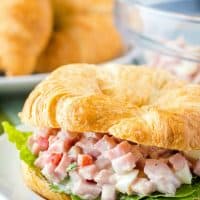 Take that leftover holiday ham and treat yourself to this tasty Ham Salad! A mid-west and Southern favorite, it’ll give chicken salad a run for its money! 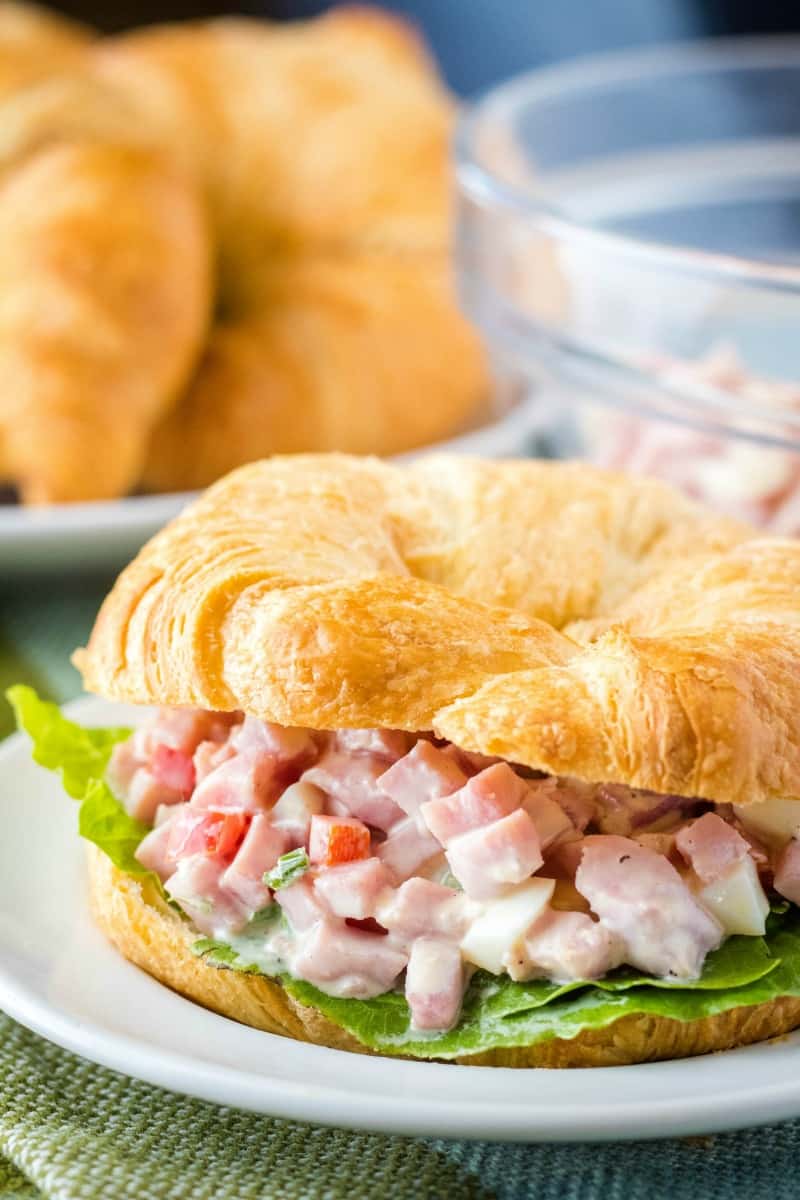 Easter is coming up and you know what that means. We’re serving up a big ass holiday ham! I love to get a whole ham or spiral cut ham and go to town. I either do a pineapple ham glaze or a bourbon-brown sugar glaze and family loves it! But the best part of a ham are the leftovers. Sneaking cold pieces from the fridge at all hours fo the day, yum!! But even better still is this ham salad. It’s a delicious combination of flavors that’ll make you forget all about chicken salad and tuna salad. 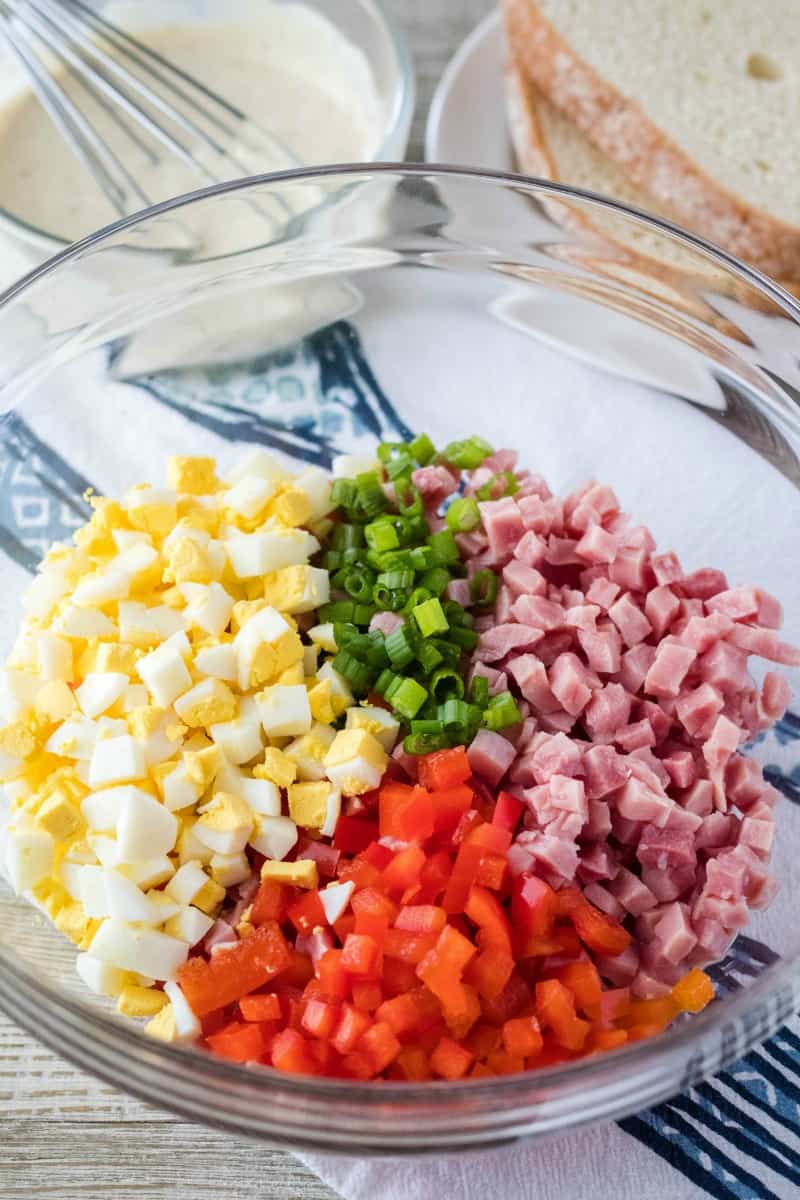 When it comes to homemade ham salad, I get picky. I don’t like white or red onions or pickles anywhere near my salad. That being said the bell pepper and green onion do fantastic things for this ham salad recipe. The peppers give a fresh, crisp crunch that’s slightly sweet with a distinct pepper flavor. The green onion balance out the dressing with a bright burst of onion flavor. You’ll love it. Promise.

All that being said, if you’re into celery, onion, pickles, or relish in your ham salad go for it. You do you. That’s the best part of cooking! 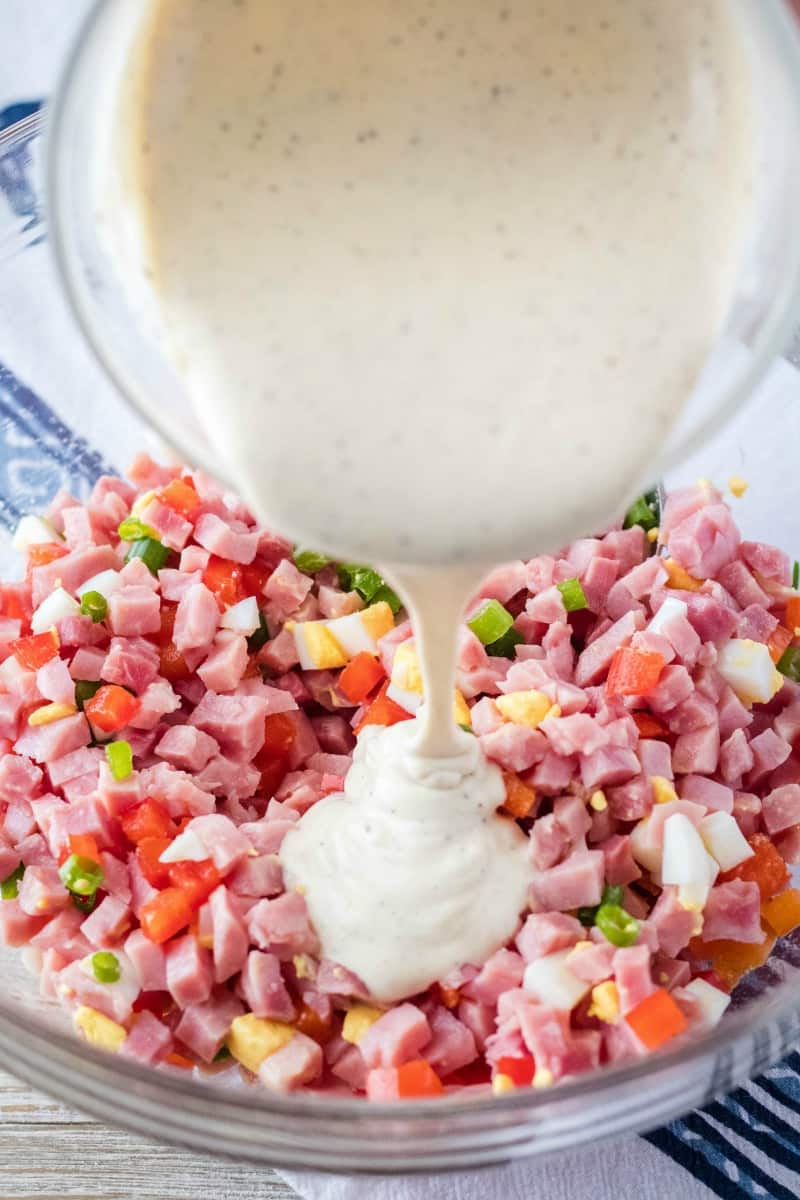 How to Make Ham Salad

The biggest variations in ham salad don’t just come from the ingredients. You can either serve this recipe as ham salad spread or a ham salad sandwich. That’s right it goes both ways. But that’s not all!

There are varying schools of thought between diced ham and “ground” ham. It really comes down to preference and region. 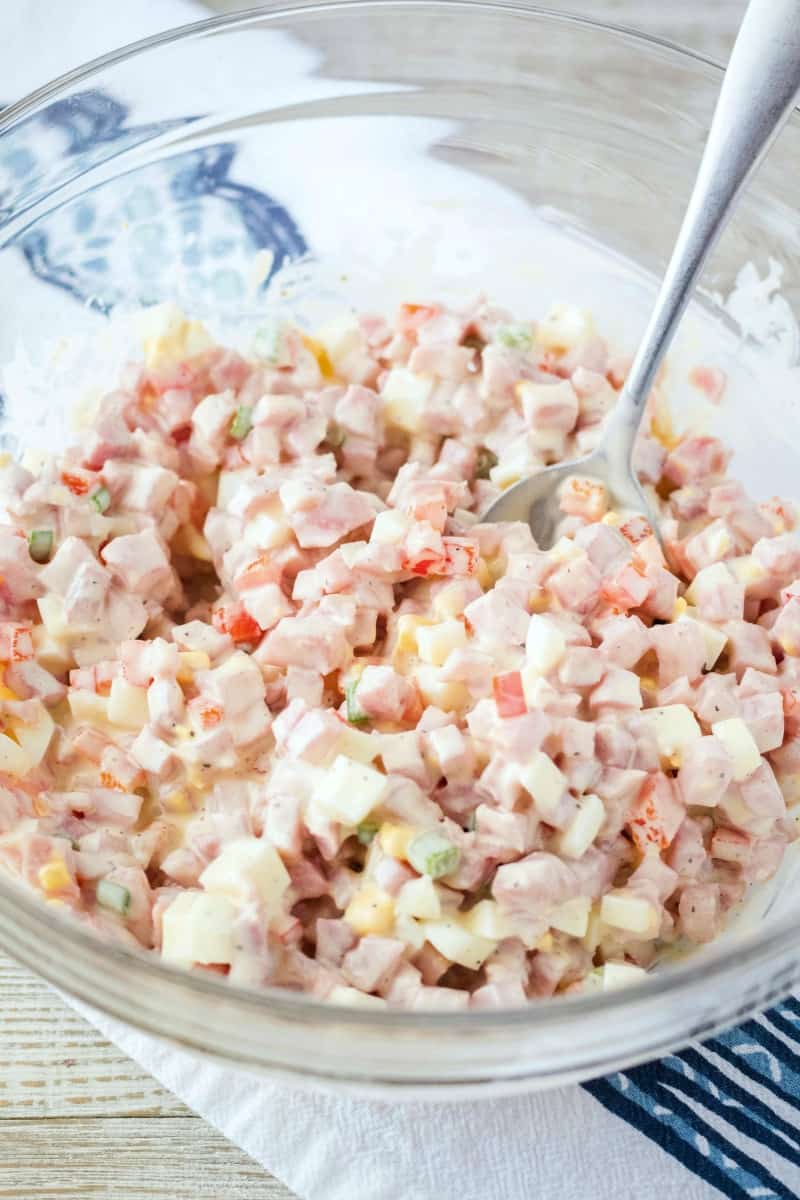 A note about this recipe, the dressing will thin and also pull liquid from the other salad ingredients. This means you’ll get a little pool at the bottom of the mixing bowl or storage container. You can use a slotted spoon the serving the ham salad and leave that extra liquid in the bowl or stir it all together just before serving. The first time I made this recipe I used 1/2 cup mayo thinking I like things creamier and saucier. I’ve learned 1/4 cup mayo is more than fine. I allow the salad sit for about 5 minutes to let the dressing work itself out, stir it up, and then eat. Not to toot my own horn or anything, but I really think this is the best ham salad recipe around. (Okay. I lied. Toot! Toot!) 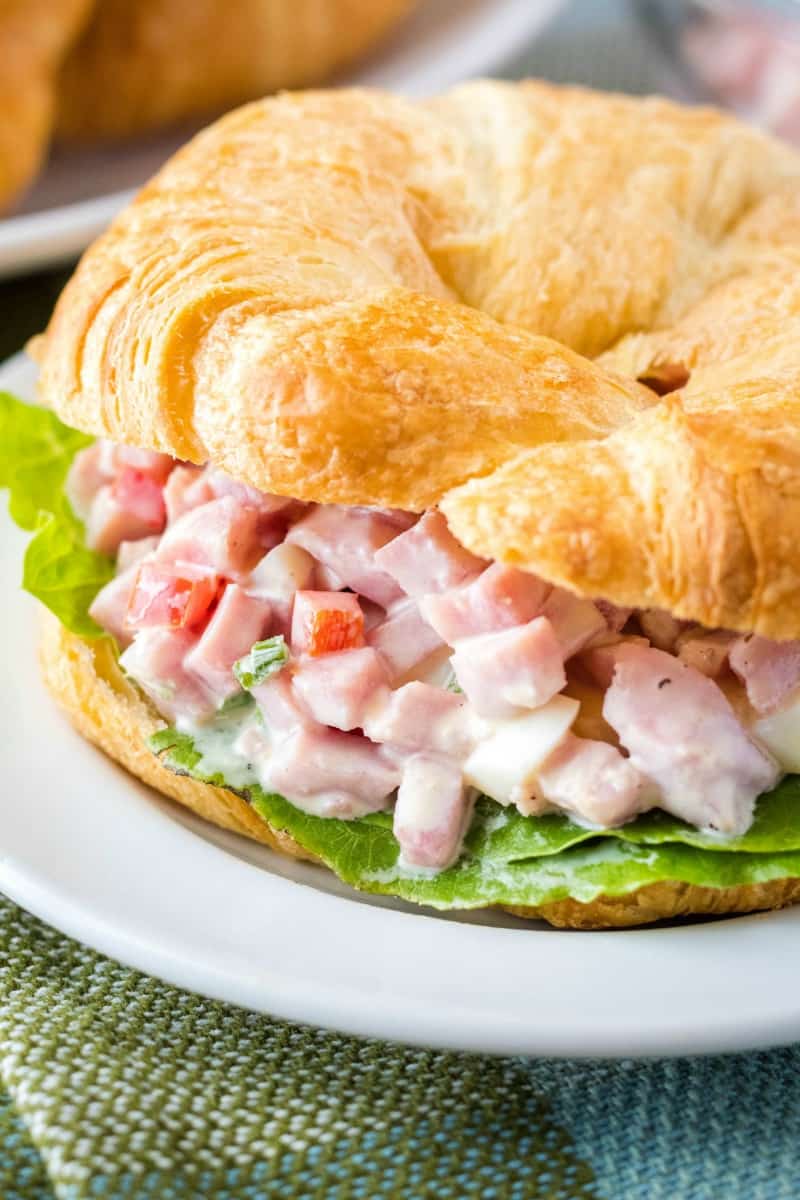 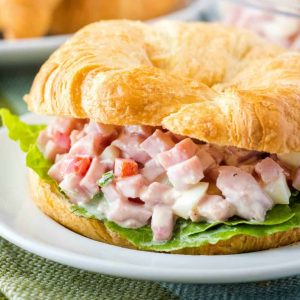 I get about 6 sandwiches (1/2 cup ham salad each) from this recipe.