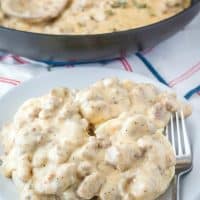 When it comes to weekend brunch, nothing beats a homemade Southern Sausage Gravy Recipe! This creamy, peppery gravy is comfort food at its finest! 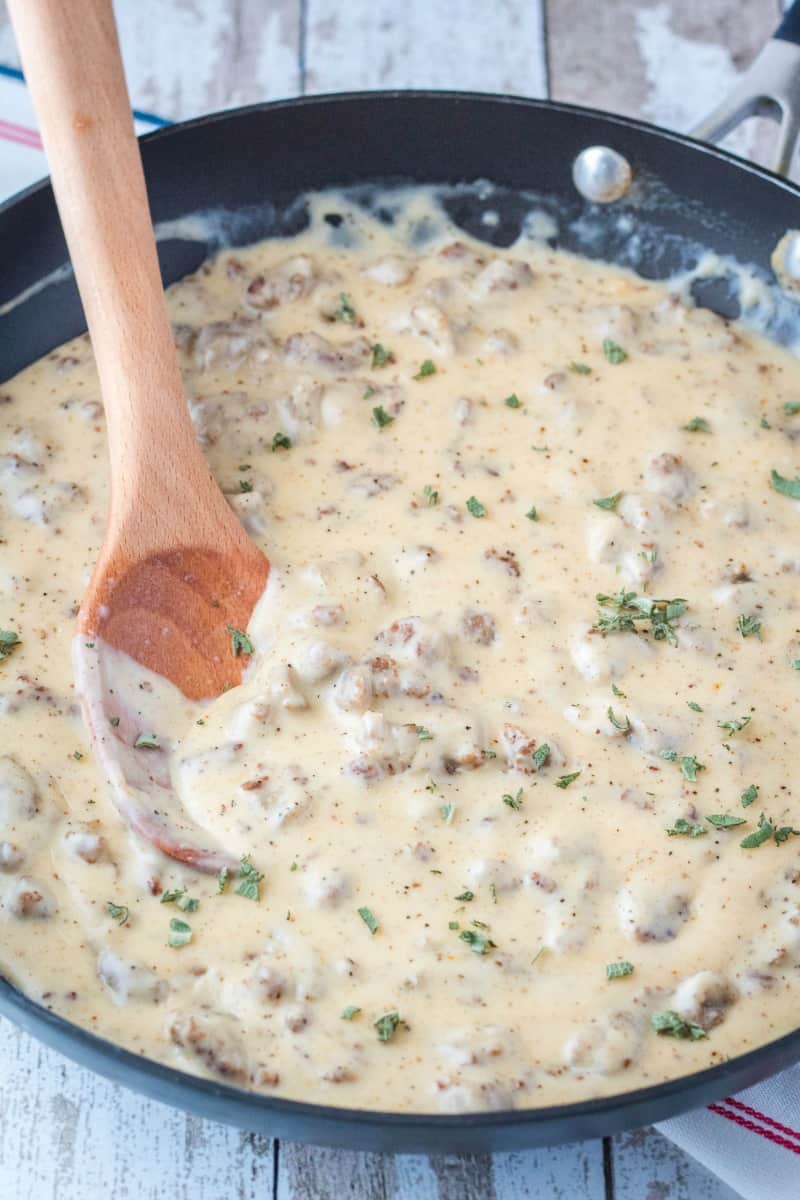 My husband’s favorite breakfast is biscuits & gravy. Anytime I make it his eyes light up and I get that warm fuzzy “food is love” feeling. It’s the best!

This sausage gravy is so easy to make. Just 4 simple ingredients some seasonings and you’re in business. Serve the best sausage gravy recipe around over some homemade buttermilk biscuits and you’ll be everyone’s favorite person!

I can’t even begin to count how many times I’ve made this sausage gravy for my family. Over the years I’ve tried different things. Taking the sausage out of the pan to make the gravy with the fond and roux. Leaving the sausage to mixture the flour and some extra butter. Adding some extra spices to give a little more umami (depth of flavor) to the gravy.

This is my favorite iteration of this recipe. Mike is pretty choosy about his biscuits and gravy, and he clears the plate every time I make my gravy this way. Wife tested, husband approved 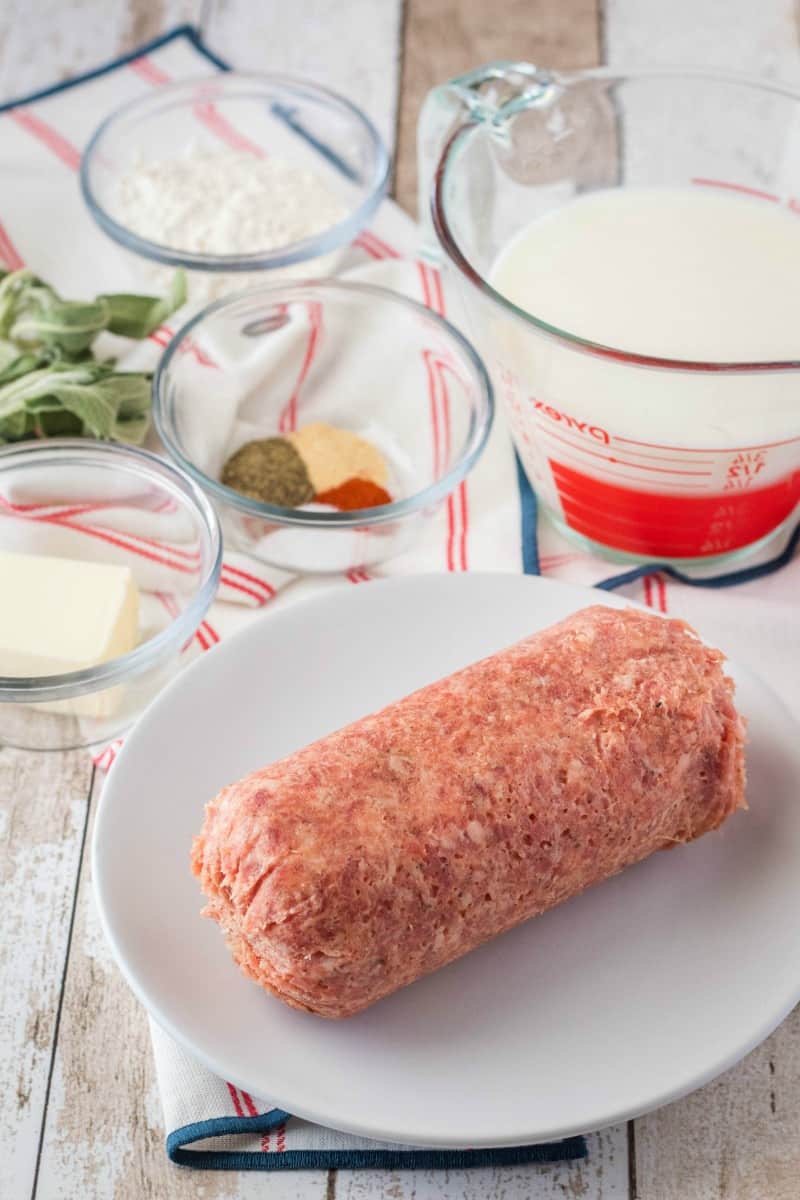 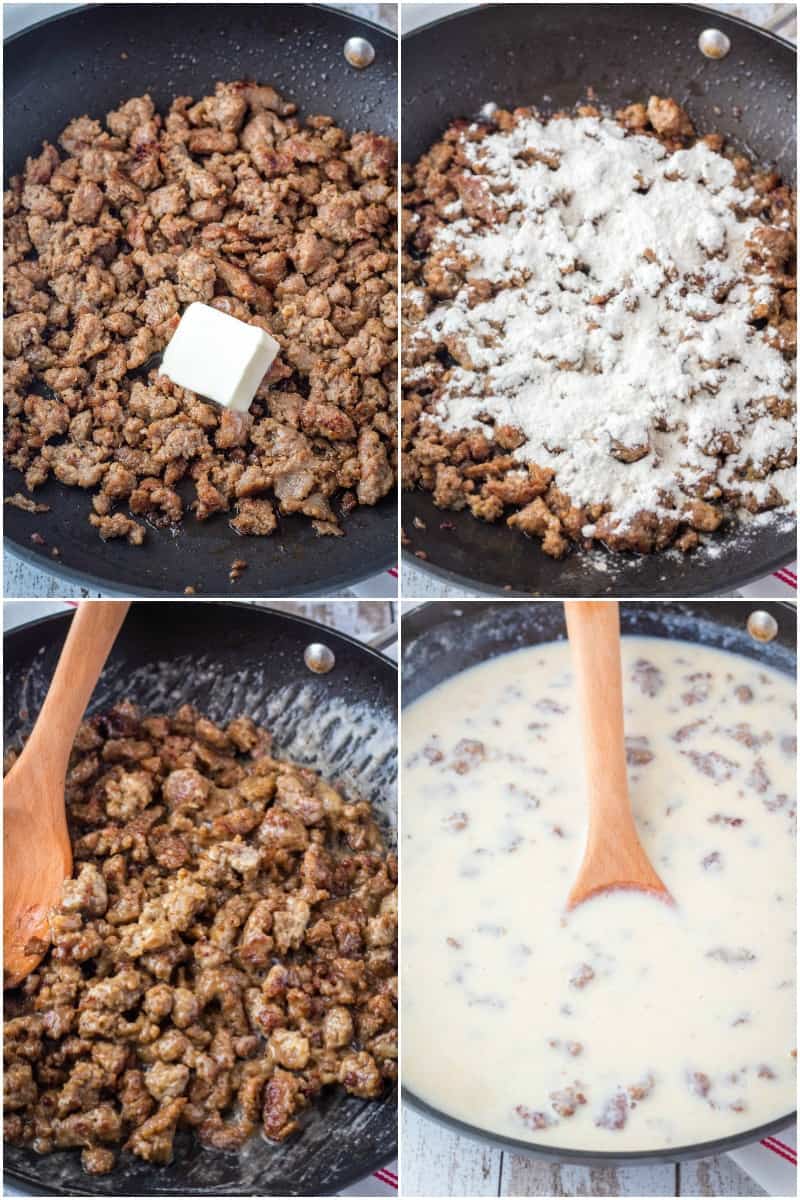 How to Make Sausage Gravy 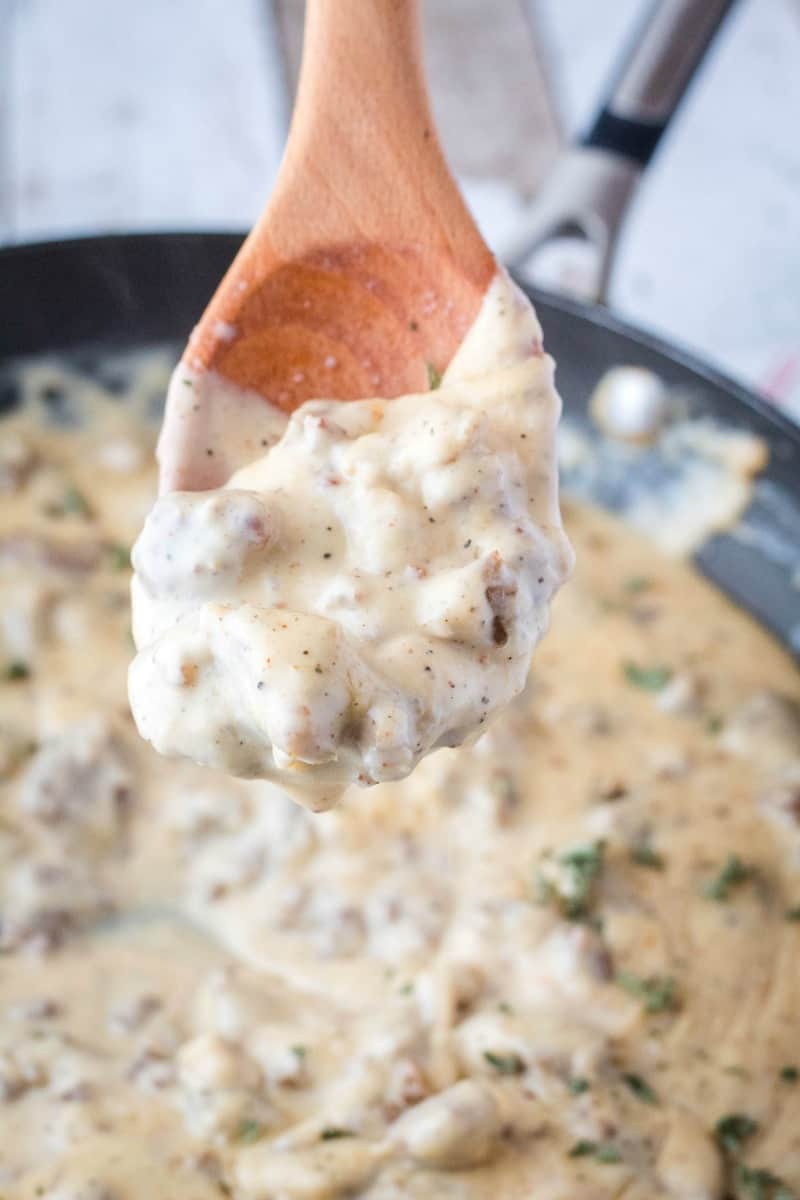 What goes with biscuits and gravy?

How long will sausage gravy last in the refrigerator?

How do you make Alton Brown sausage gravy?

How do you thicken sausage gravy?

If your gravy is too thin, you can mix together 1 tablespoon cornstarch and 1 tablespoon water and stir it into the gravy. Cook until the gravy thickens up.

If your gravy is too thick (I like mine on the thick side), add a tablespoon or two of milk and stir into the gravy. Repeat until your desired consistency is reached. 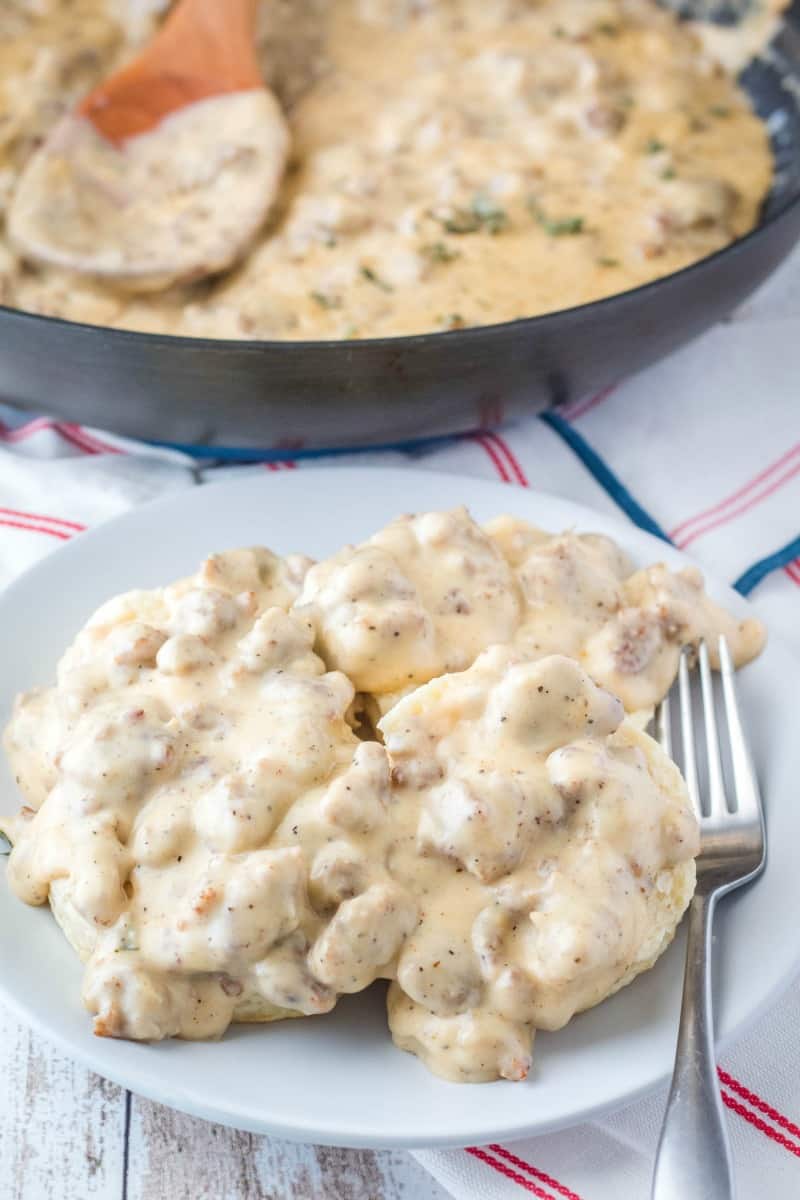 So much sausage, so little time! (That’s what she said…) 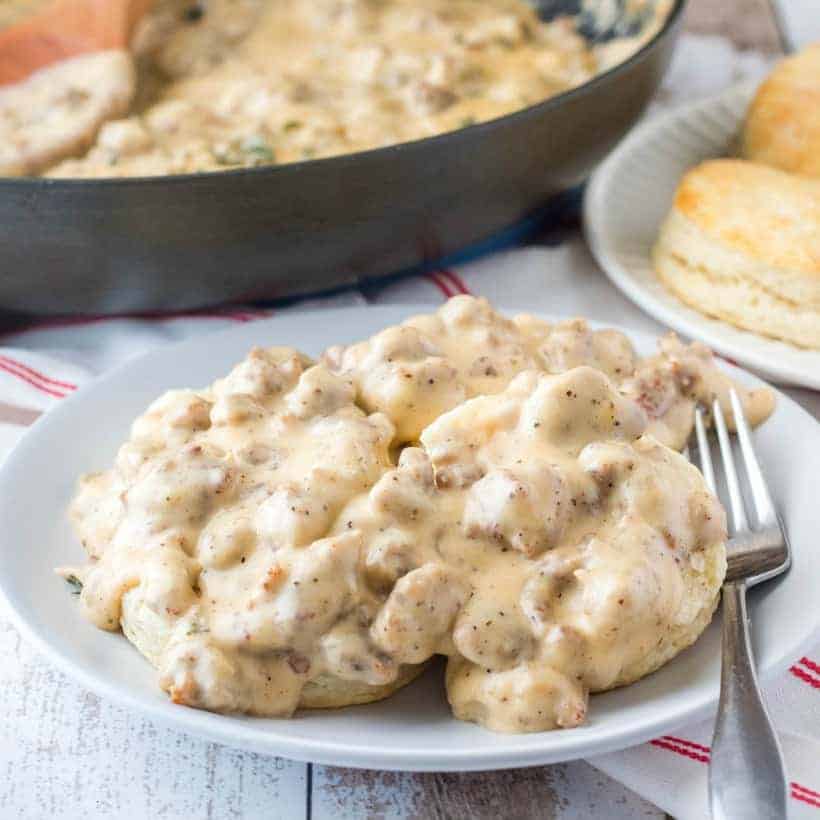 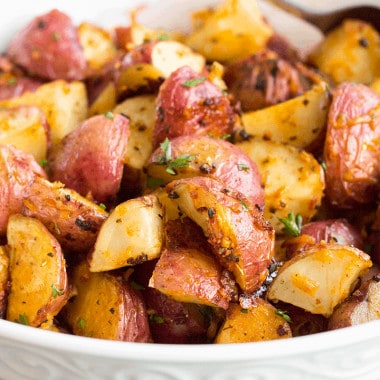 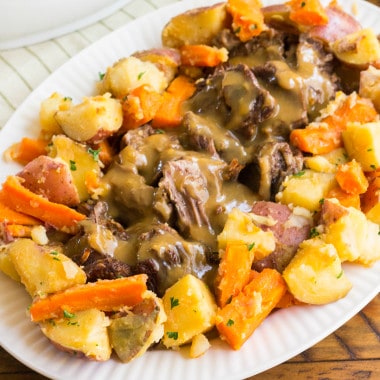