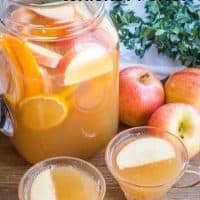 Get the party started with an easy Apple Cider Whiskey Punch! Grab your favorite whiskey or bourbon for a crowd-pleasing cocktail! 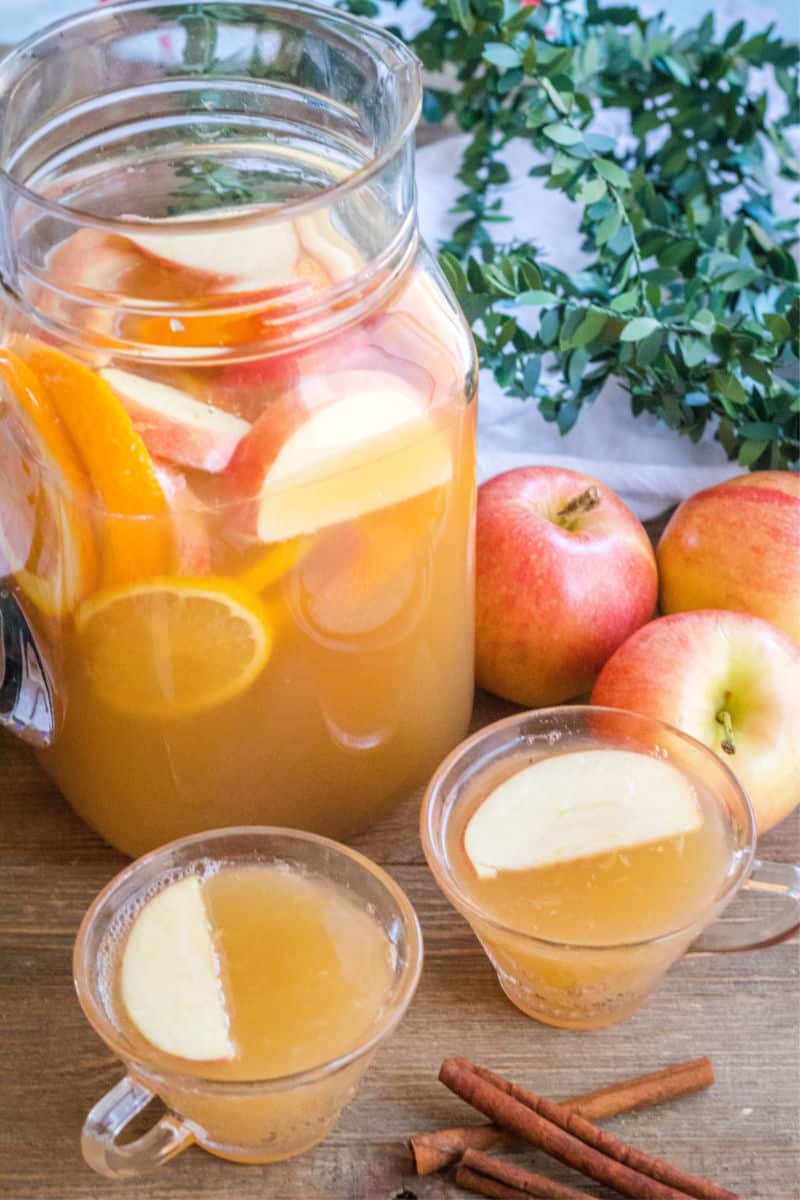 I don’t know what it is about apples, but they’re always been my favorite fruit. Sweet, crisp, and colorful – they’re just the best! I wanted to change things up from our usual punch recipes and I knew anything apple-based would knock it out of the park.

That’s how this Apple Cider Whiskey Punch came about. It’s super easy to make too!

No fancy ingredients. Just easy to find items you can get at pretty much any grocery store. So grab your pitcher and let’s mix up something delicious!

Ready to see how simple this punch is?

Just a few fruits, cinnamon sticks, whiskey, and juices. It’s hard not to love this punch. 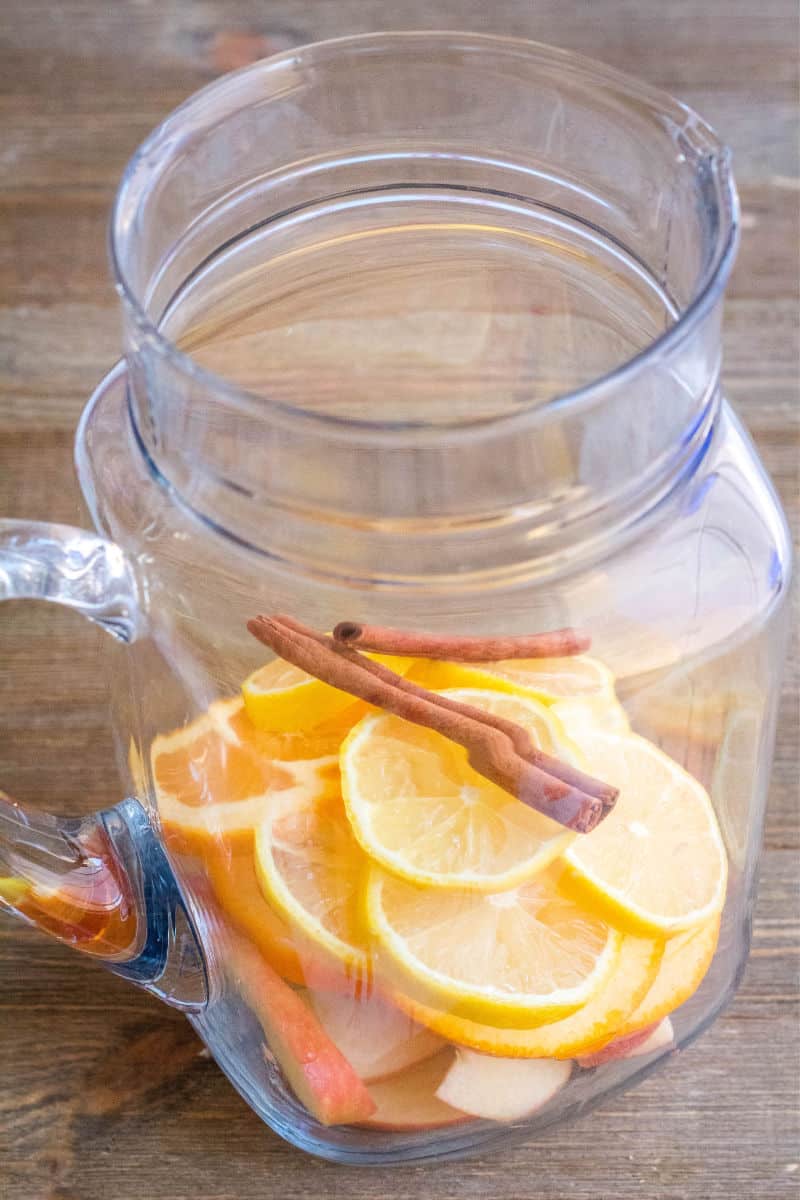 I like to spike this punch with whiskey or bourbon. The whiskey really deepens the flavor of the punch and pairs fabulously with the apples and ginger. If you can let this cider punch sit for a bit it will get even better, but if you need to it can be served up right away.

This apple cider punch does have alcohol in it, but you can make a family-friendly version too. Leave out the whiskey and add an extra cup of ginger ale instead. No big deal. 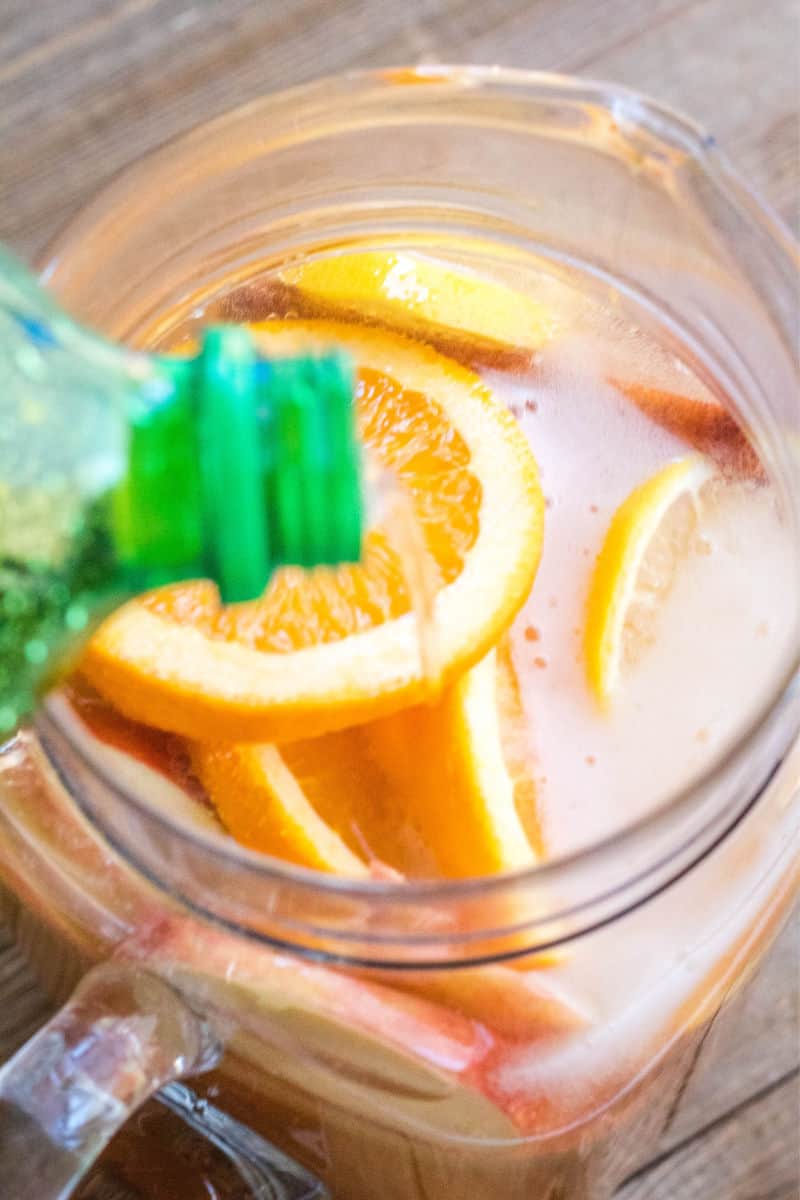 How do you serve apple cider?

What’s the difference between apple juice and apple cider?

If you can’t find cloudy apple cider or apple juice is on sale, you can absolutely substitute apple juice for this recipe. No one will judge you. I’m all about keeping it easy. 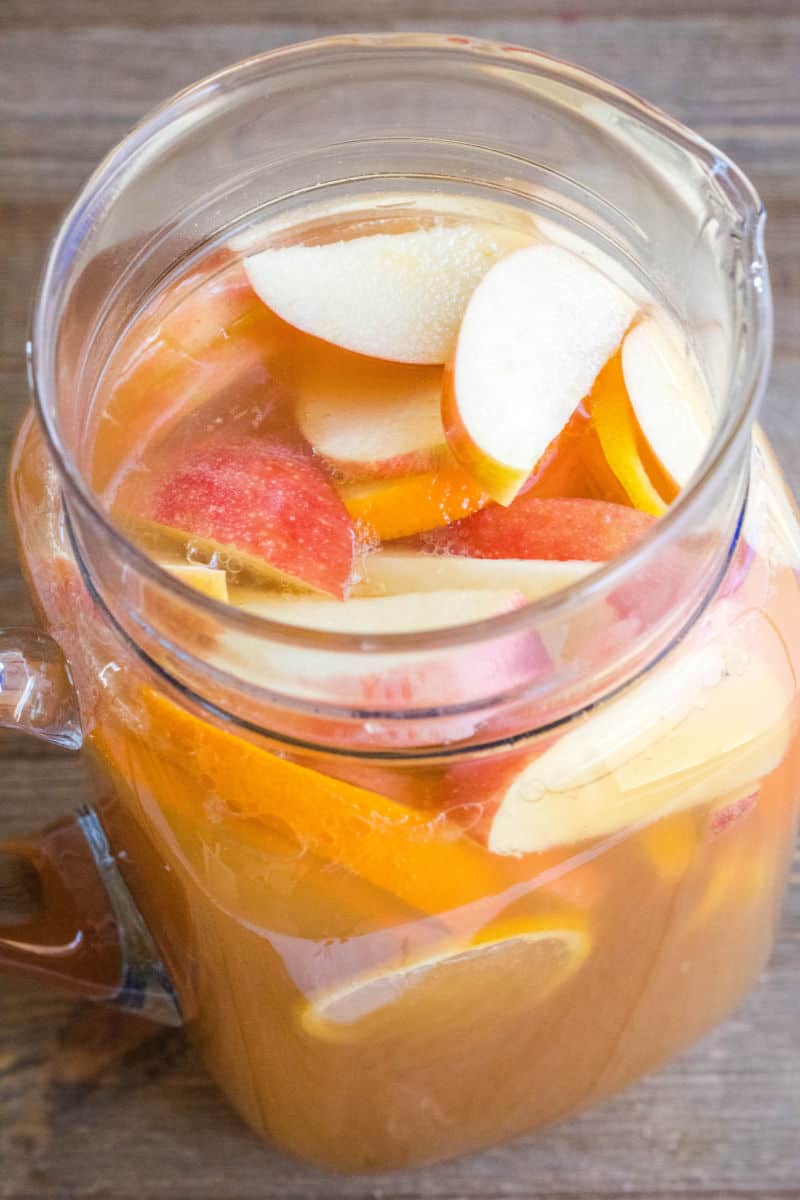 If you feel like the cinnamon sticks are a little too seasonal, take them out and keep sliced apples and oranges in the pitcher. No one will be the wiser!

We think this apple cider punch is perfect for the 4th of July. I double the recipe and serve it up in a big punch bowl.

Make this punch, take a sip, and get hooked! 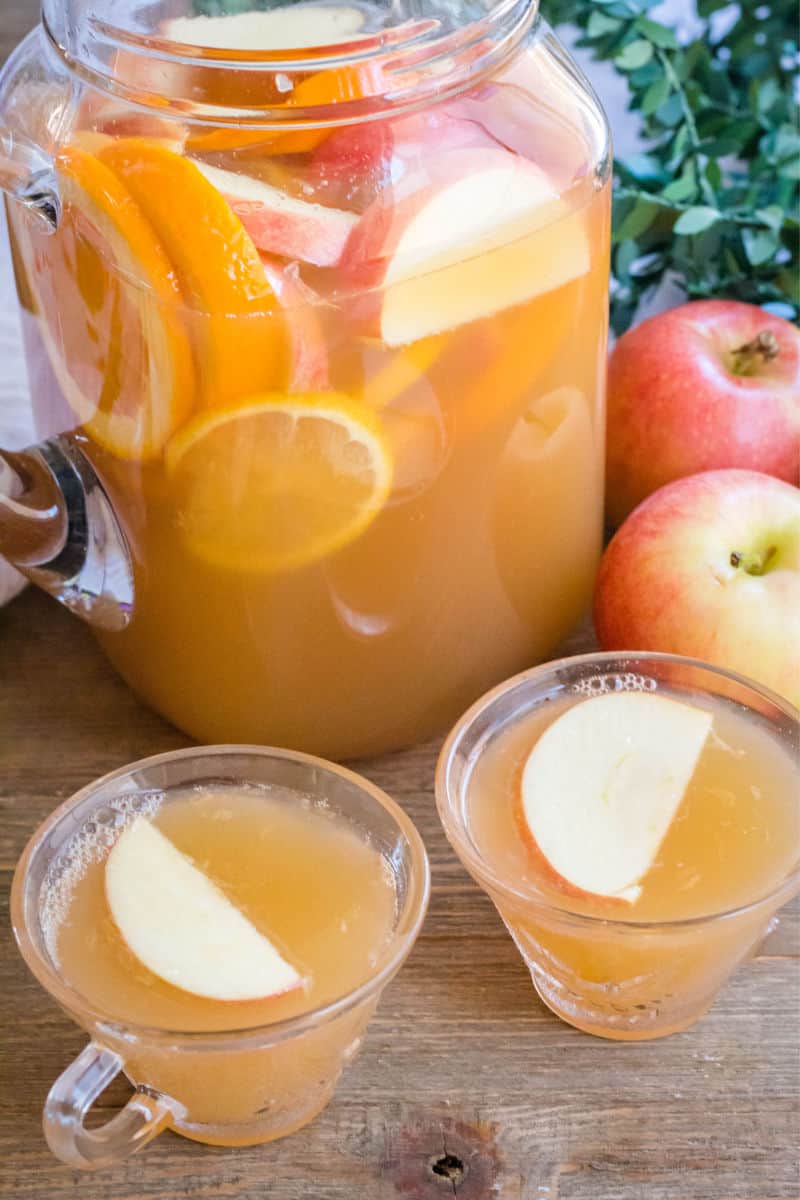 Yummy cocktails for a crowd! 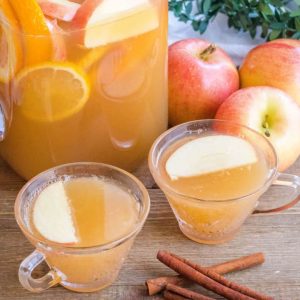 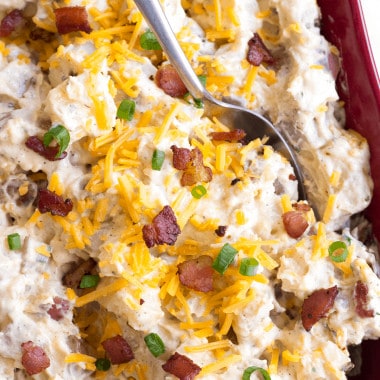 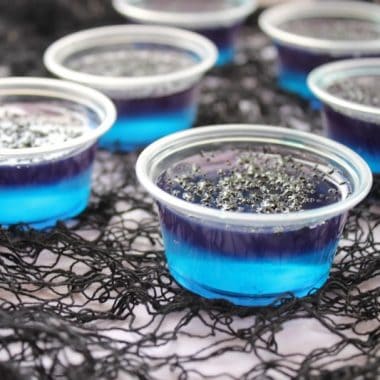 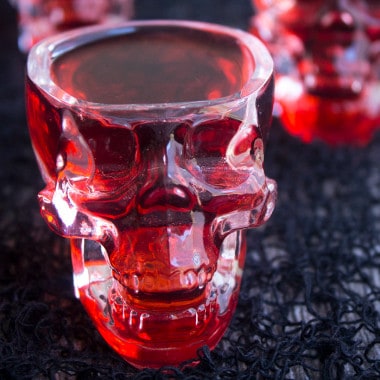 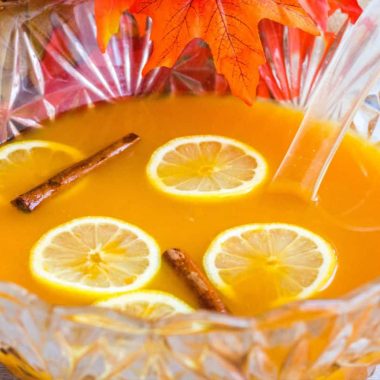 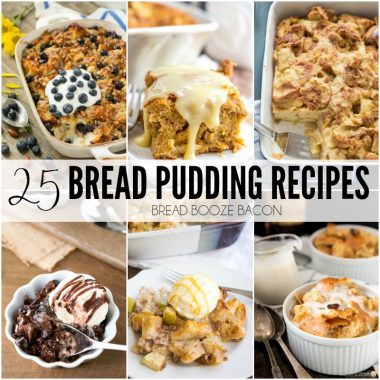 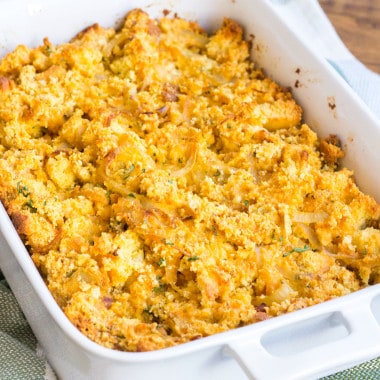 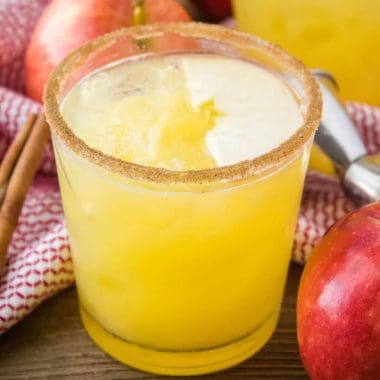 How to Cook Snow Crab Legs 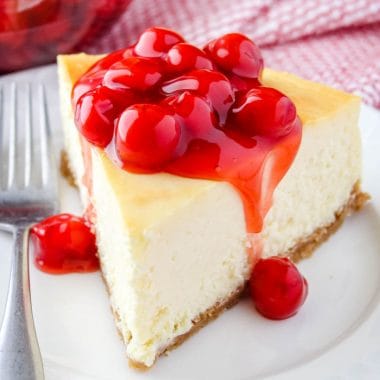