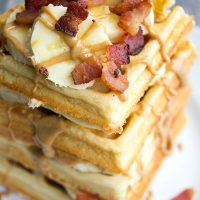 These Elvis Waffles are a towering stack of peanut butter, banana, and bacon goodness not even the king himself could resist! 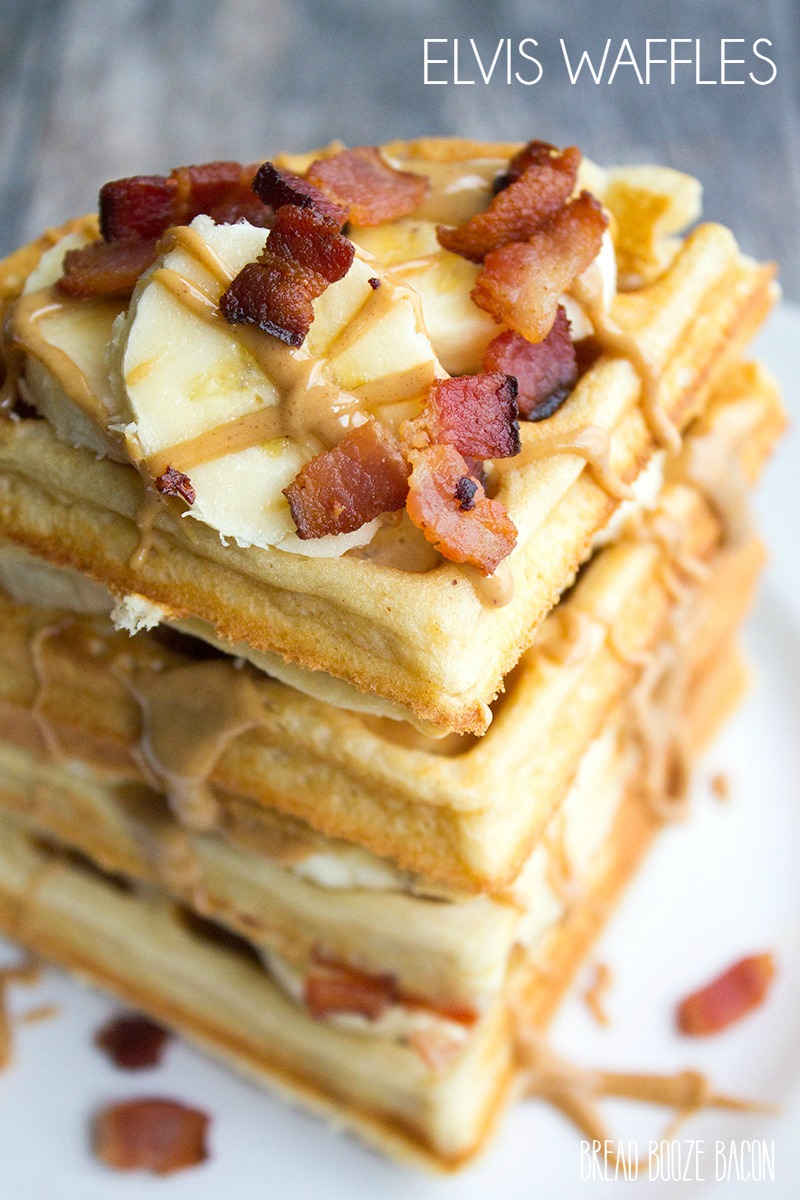 Are you guys ready for the best breakfast ever?! Waffles are a weekend staple at my house, but for Bacon Month I wanted to do something really special. The classic Elvis sandwich is composed of peanut butter, bananas & bacon, and breakfast sandwiches are totally a thing. This got me thinking, why not a waffle breakfast sandwich? 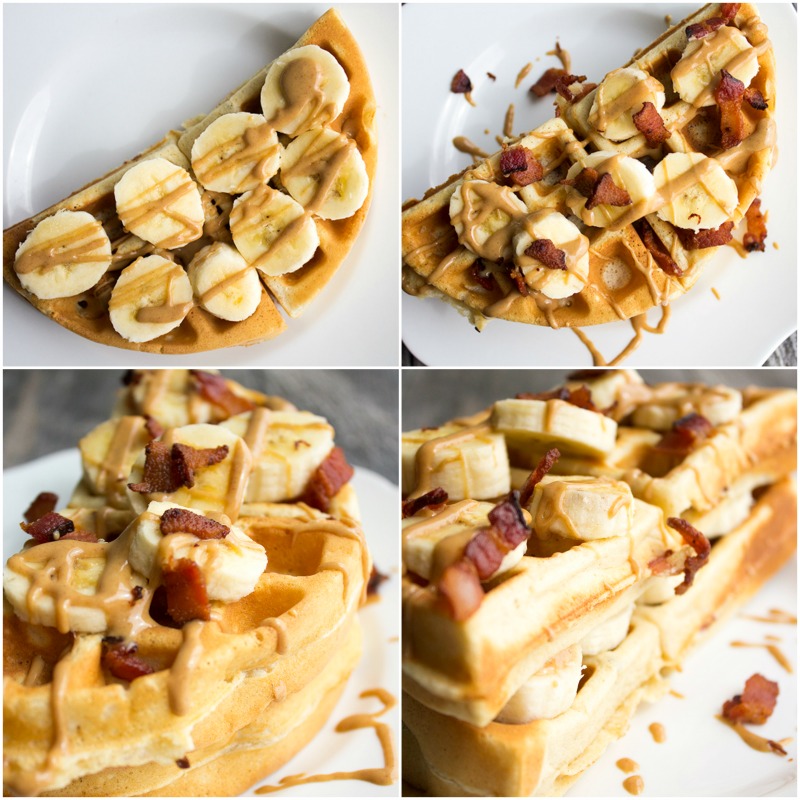 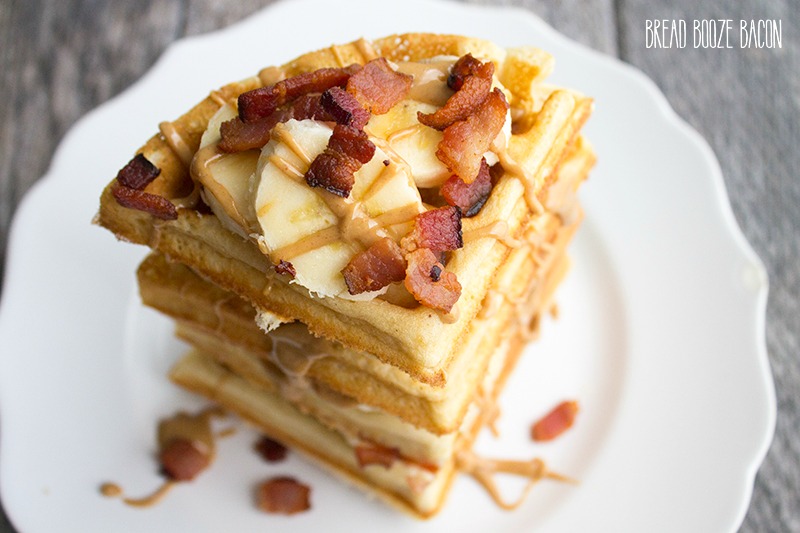 The first Elvis Waffle I made was filled, folded in half, and topped with more deliciousness. They were great to eat with a fork and gave that sandwich vibe. But for a really impressive breakfast, you stack your waffles sky high and fill each layer! My husband liked his waffles with maple syrup, I added some honey, and the kids ate their’s as is. Oh! And if you’re layering the bacon in, you can pretty much just pick up each quarter piece, fold it in half and bite! 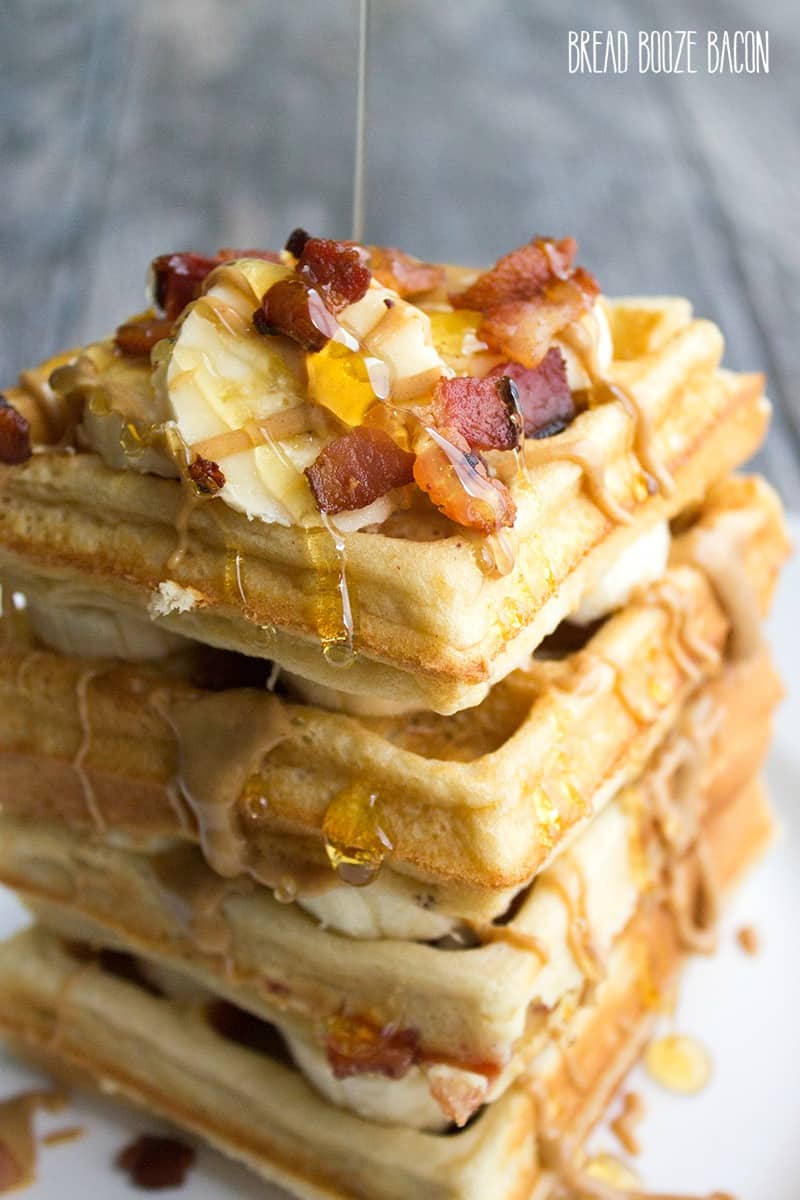 If you’re one of the bacon freaks out there like me, be sure to hit up the Bacon Month giveaways and all the bacon-tastic recipes we’re sharing this month! 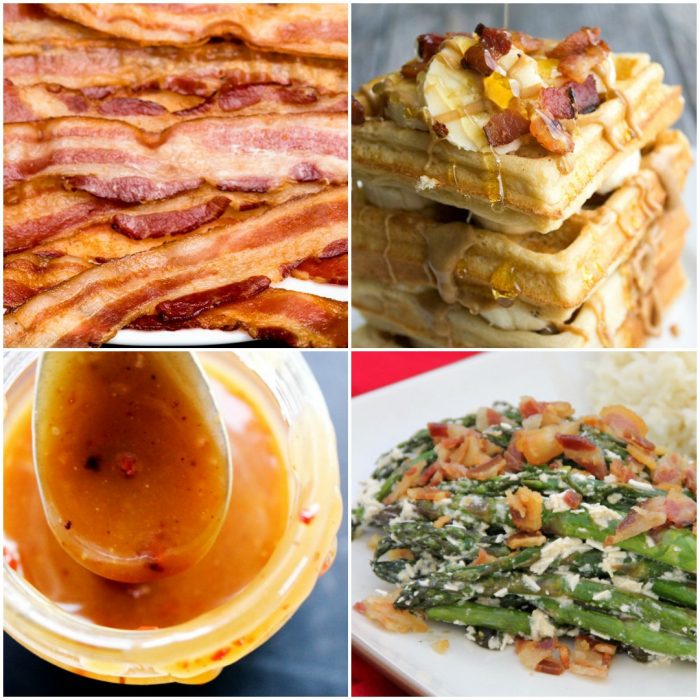 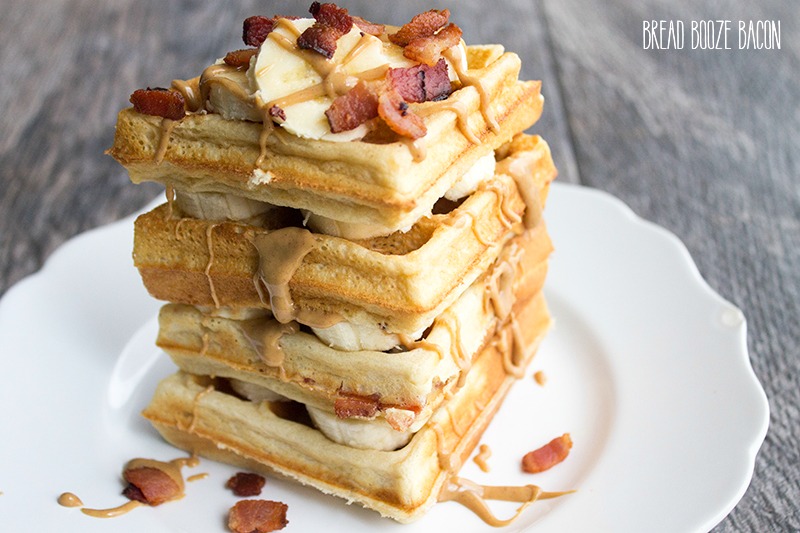 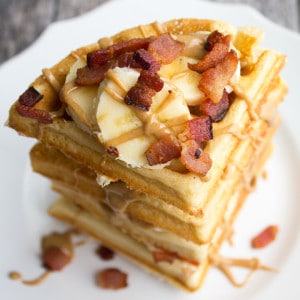 If you prefer, you can stack 1/2 waffle at a time creating a sandwich effect instead of a waffle tower. If you don't want the bacon mixed in with your waffle batter, be sure to sprinkle bacon in between the waffle layers, with the bananas, as you assemble.