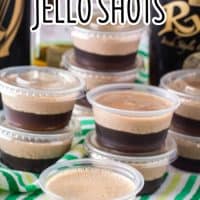 Get your St. Patrick’s Day party started with Irish Car Bomb Jello Shots! Easy to make and even tastier than the original shot! 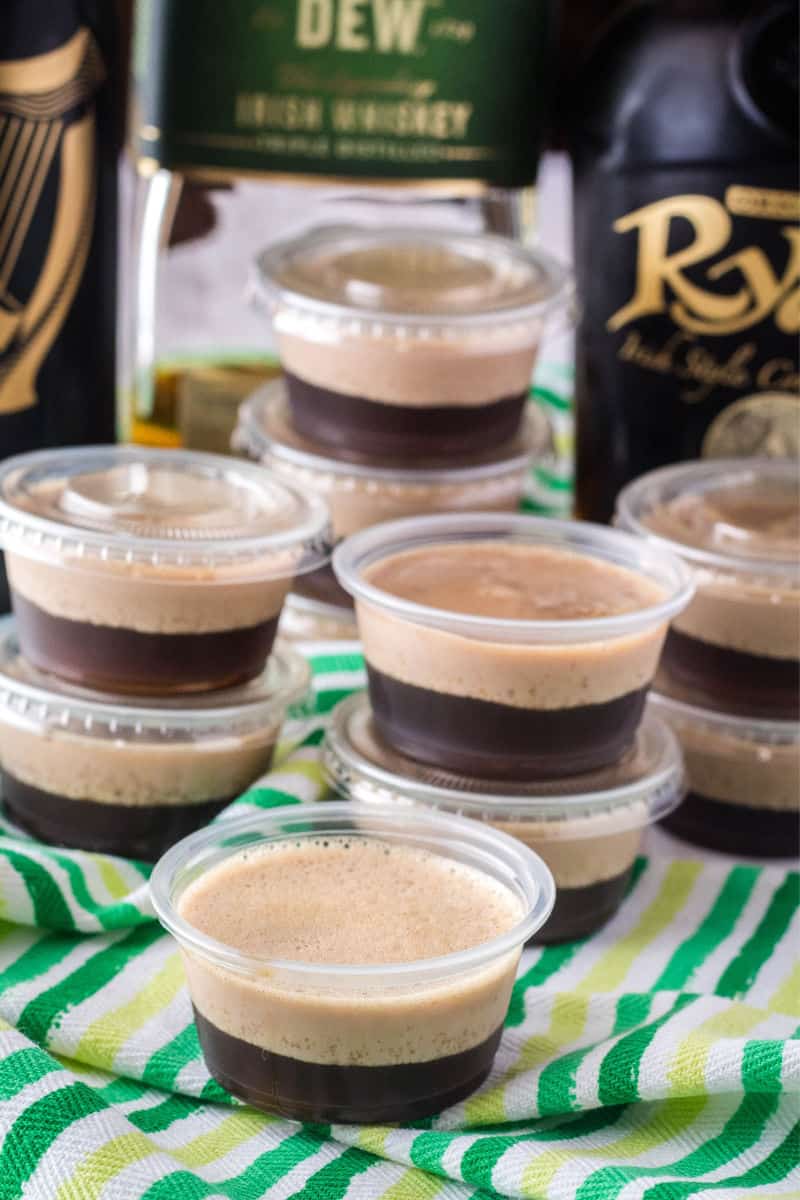 There’s nothing better to celebrate the wearing of the green than a pint of Guinness. Well, almost nothing. An irish car bomb recipe turned into jello shots is a pretty close second!

Whiskey infused Guinness topped with decadent Irish cream scream “eat me” for your St. Patrick’s Day party. One shot and you’ll be hooked! 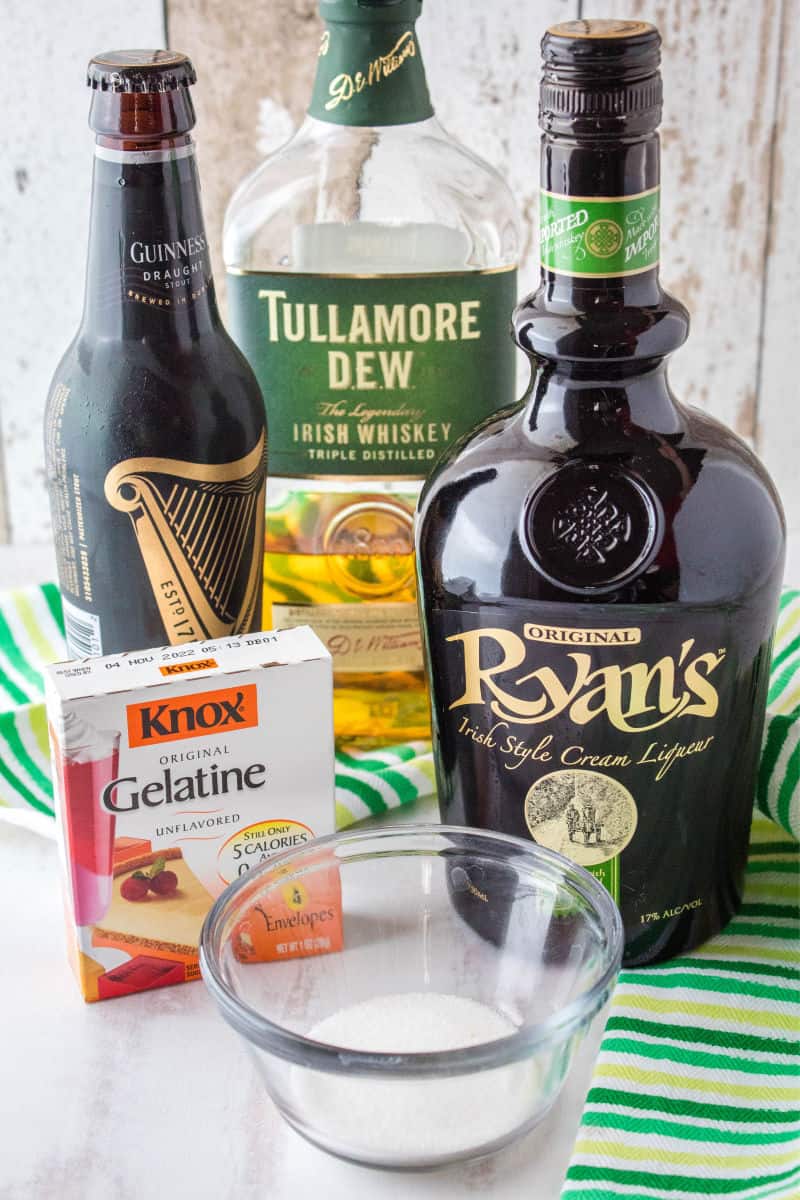 What is an Irish Car Bomb?

An Irish car bomb is a fun bar shot named for the Irish themed ingredients and bomb shot style drink. And with a history of bombings in Ireland, “car bomb” became part of the shot’s name.

A bomb shot – also known as a depth charge or drop shot – is typically a shot glass of hard liquor that’s dropped into a partially filled glass of beer. Think sake bombs and boilermakers.

For an Irish Car Bomb, you fill a shot glass halfway with Irish cream and then the rest of the way with Irish whiskey. Then, drop the shot into a half-filled pint glass of Guinness stout and chug as fast as you can!

A car bomb is Mike’s favorite shot. So much so that I turned it into a Car Bomb Float for him. He has a thing for root beer floats and this was the perfect boozy culmination of his shot/float love. 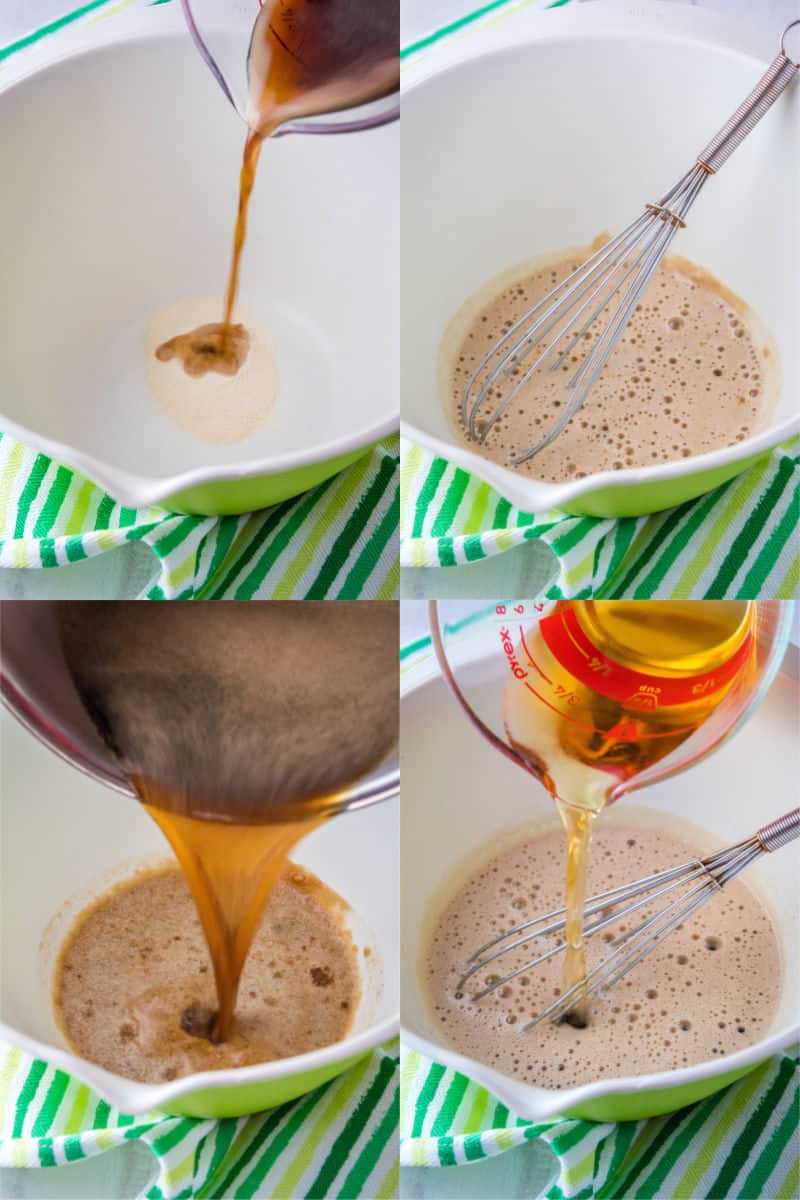 Now I’m going next level and making car bombs into jello shots! No curdling. No chugging. Just layers of deliciousness ready to make your party pop!

It doesn’t hurt that these cute little guys look like mini pints of Guinness with the Irish cream layer on top. 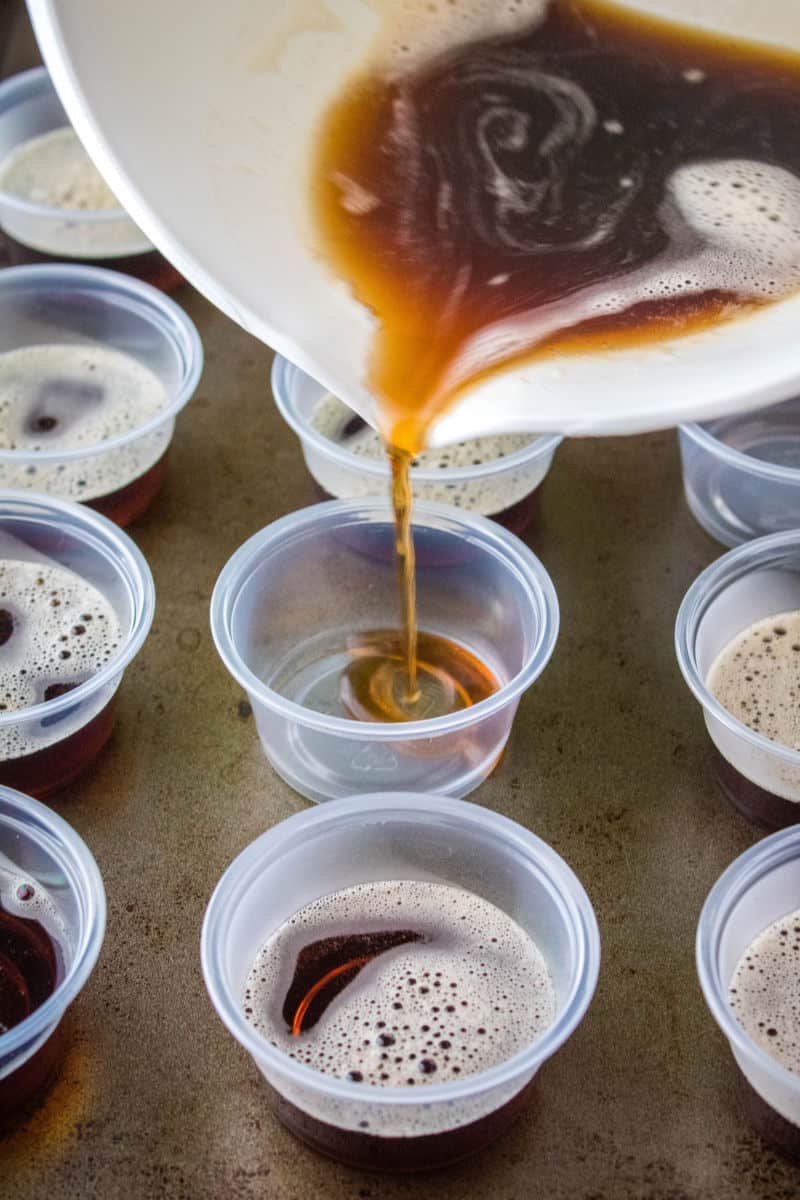 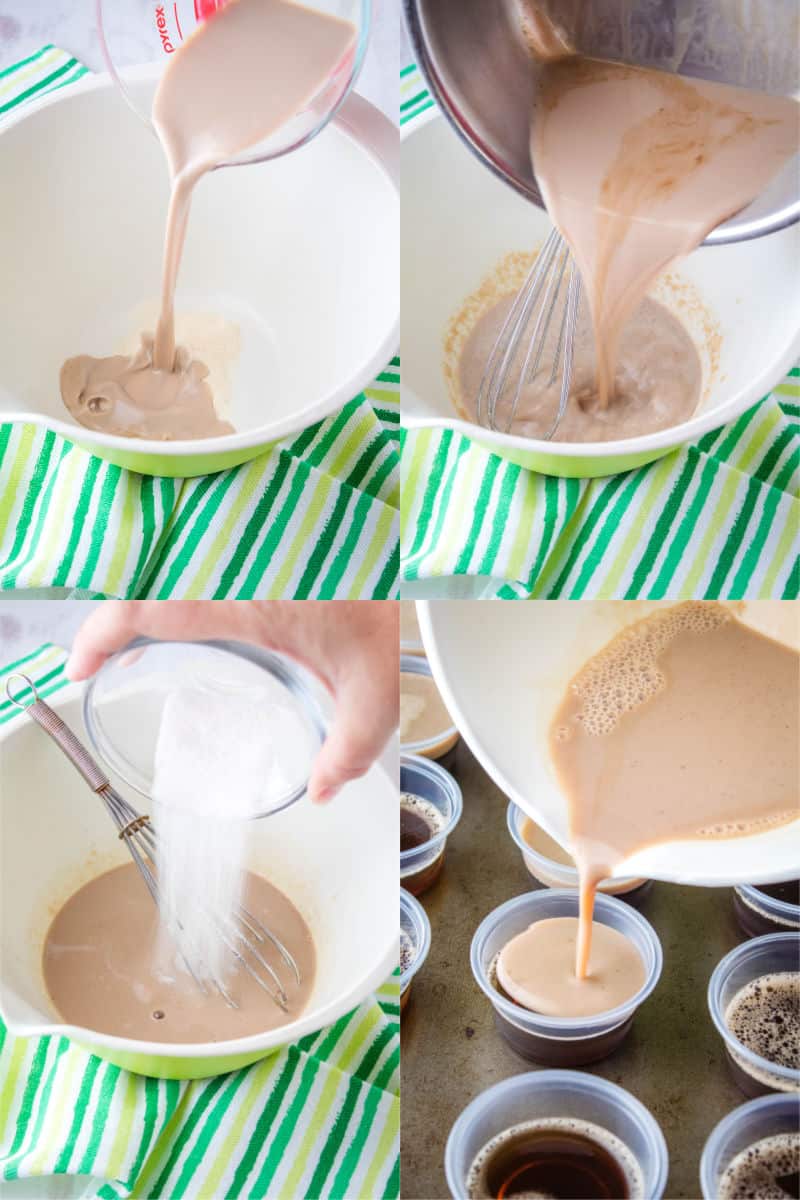 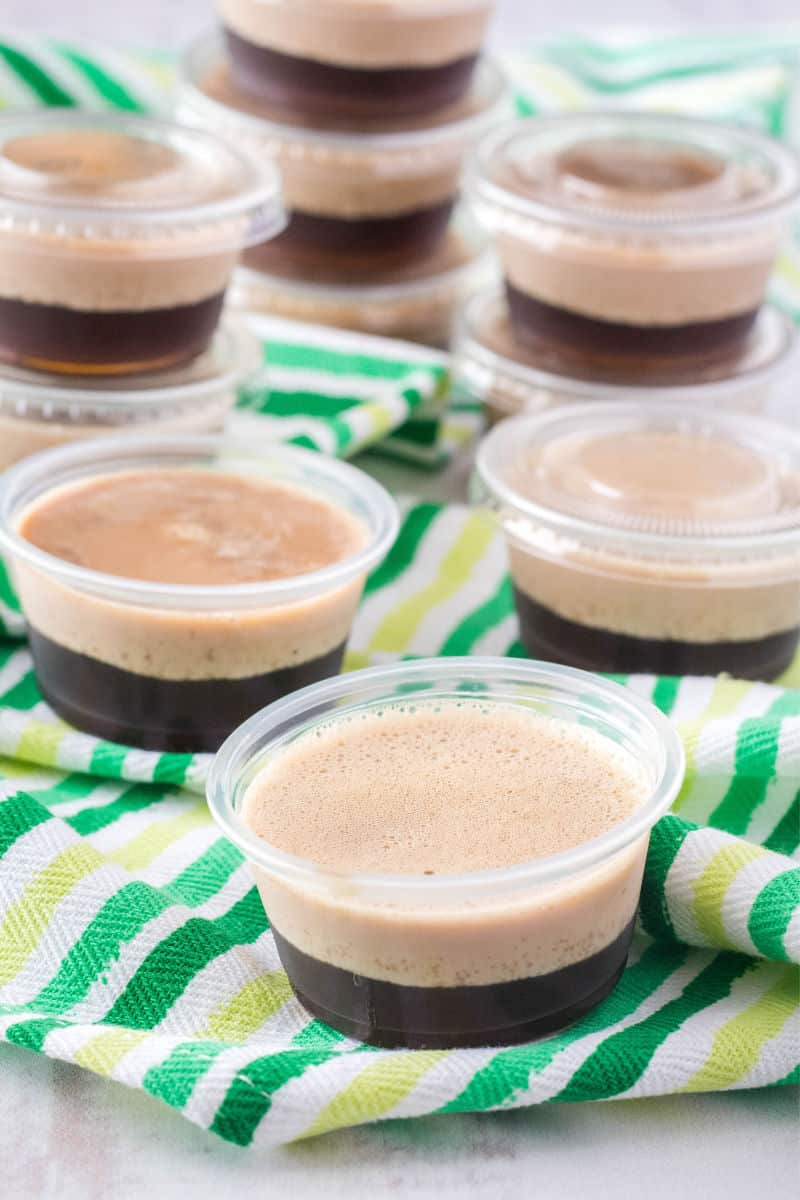 I busted these shots when our friend Phil was over and he totally went off about them. “Best car bombs ever!” he said. I’m calling that a win. 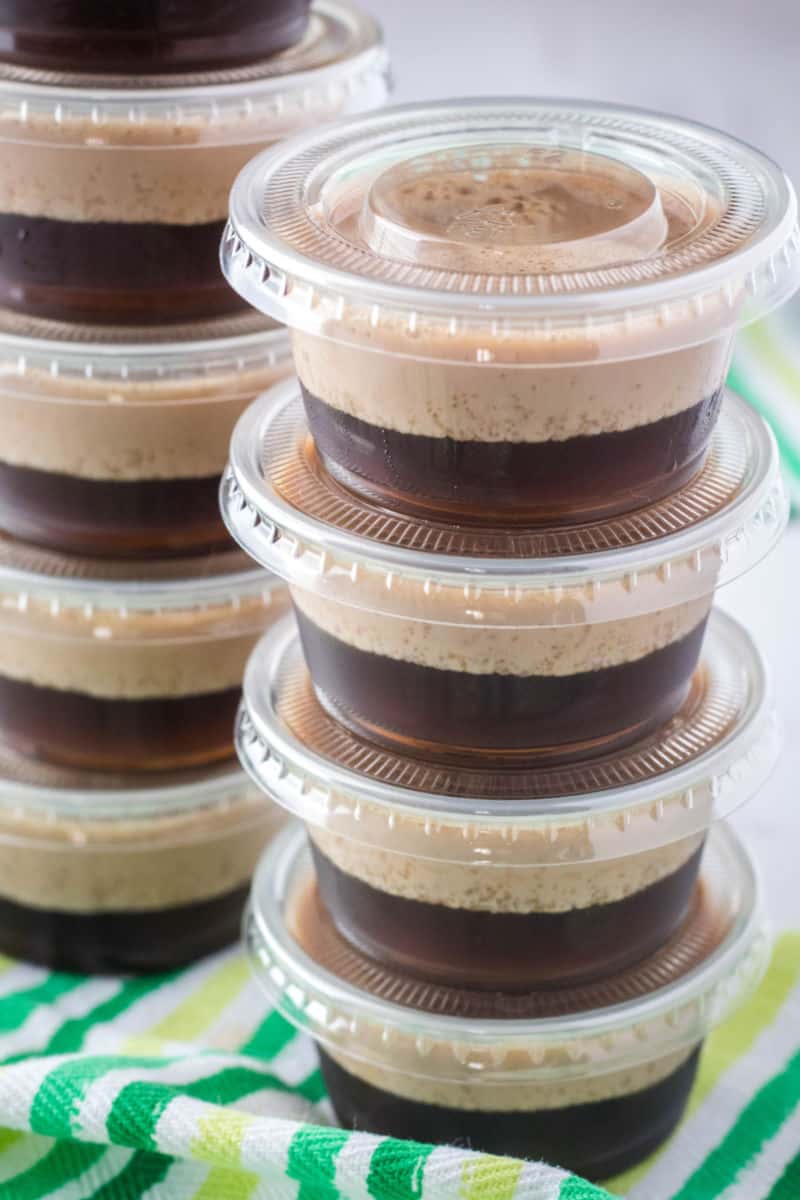 Get your party on with these other jello shots! 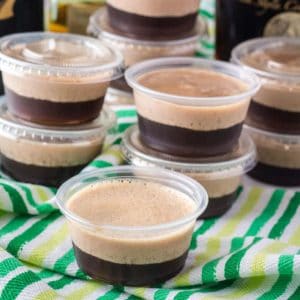 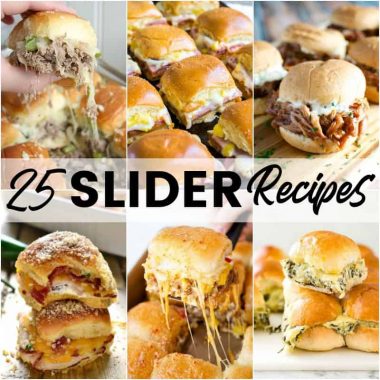