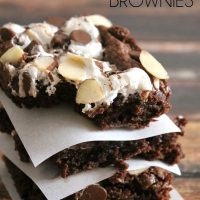 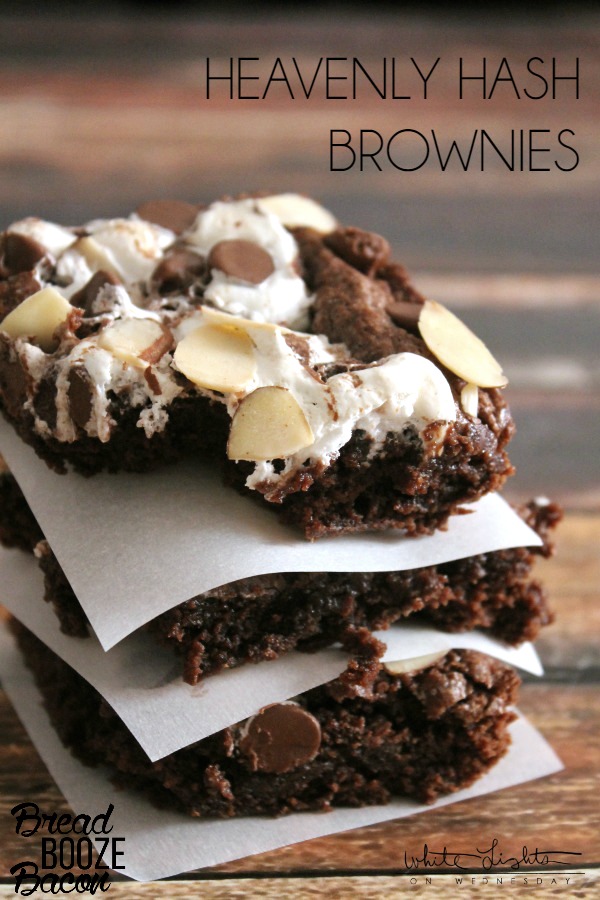 Hi kids, want a brownie?  Hehe.  STOP IT!  YOU STOP IT RIGHT NOW!  These aren’t “hash” brownies. They’re totally modeled after Heavenly Hash ice cream.  These brownies are studded with chocolate chips and almonds with swirly, sticky marshmallow cream.  YUM!  So suck it up, because the only high you’re going to get is from sugar.

So these Heavenly Hash Brownies…they’re amaze-balls! And they come from my girl Emily over at It Bakes Me Happy.  Emily bakes up the most wonderful food and I’ve been drooling over her recipes for years.  I mean seriously, S’mores Macaroon Bars, White Chocolate Key Lime Shortbread Squares, and Brigadeiro Candies – how could you pick just one to make?! 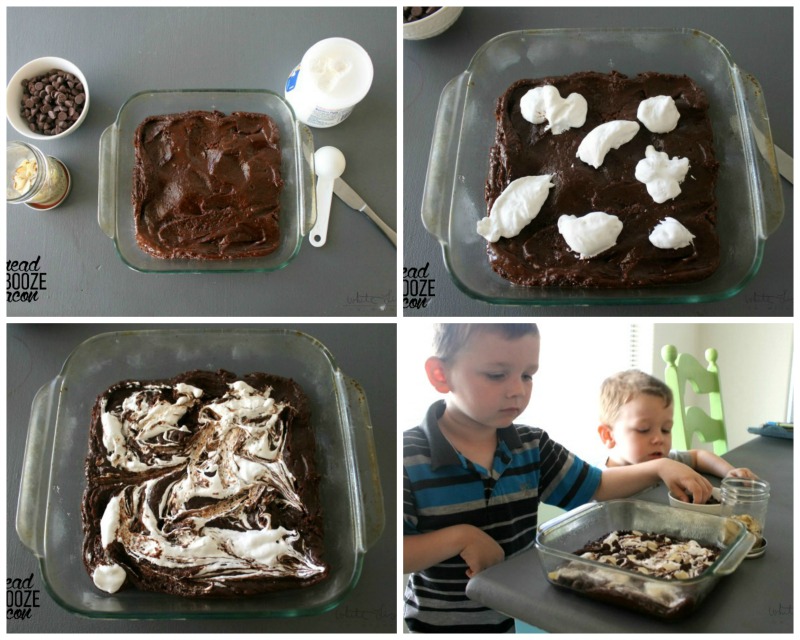 Had to let the boys help.  What little kid doesn’t love adding sprinkles to something?  Even if they’re just nuts.  (The food, not the kids.) 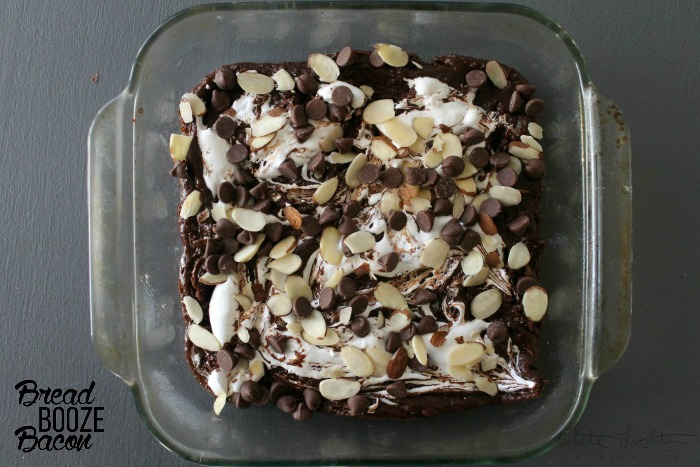 I did adapt Emily’s recipe a bit.  After mixing everything together I had a dry cookie dough type texture instead of brownie batter.  I added some more oil and an extra egg to get a really wet dough type base.  I was still a little worried.  We used a spatula coated with cooking spray to press the dough/batter into the pan.  Cutting the marshmallow cream into the brownies was tricky, but in the end, it didn’t matter one bit.  I had delectable brownies that everyone wanted a bite of.  WINNING! 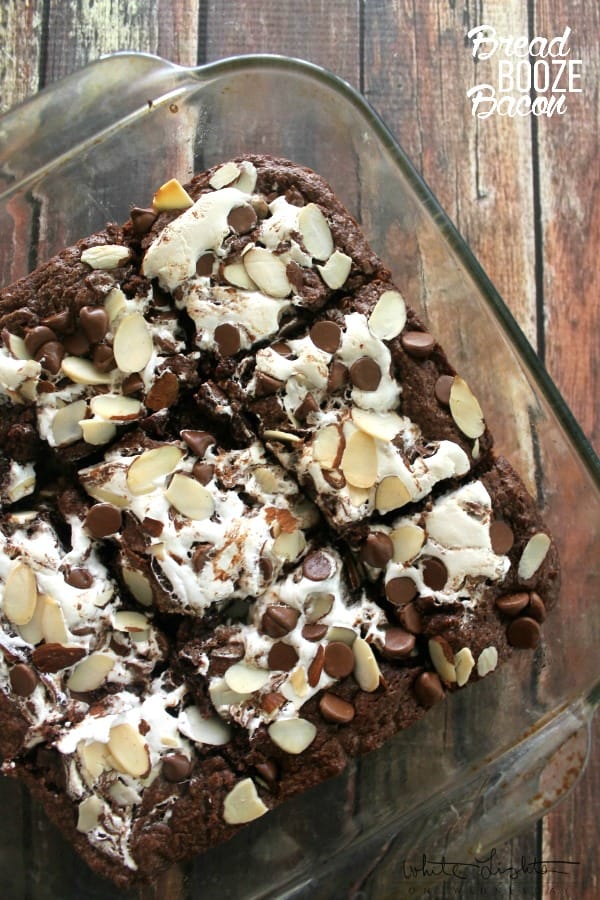 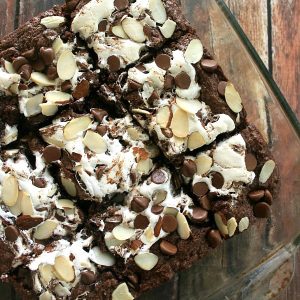 This recipe is shared with permission from It Bakes Me Happy.