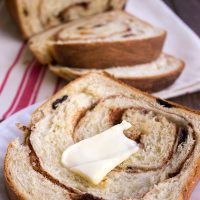 This Cinnamon Raisin Bread Recipe is home-baked goodness at it’s finest! Your house is going to smell amazing and breakfast will never be the same! 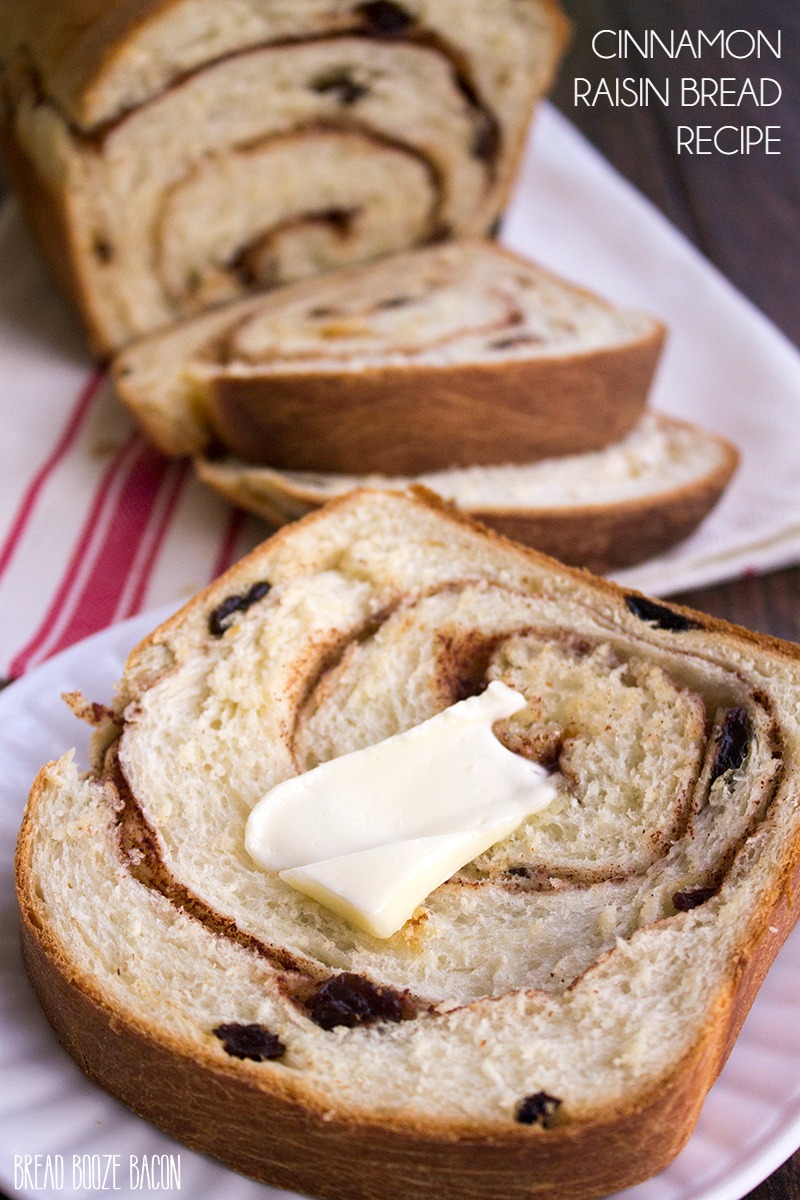 Homemade bread is one of my favorite things. While I don’t always take the time to bake some, when I do it’s a huge reminder of why I love it so much! My go to is always banana bread. It’s basically fool-proof, but sometimes I put on my big girl baker pants and dive into making an amazing yeast bread. This recipe is definitely worth making again…and again. 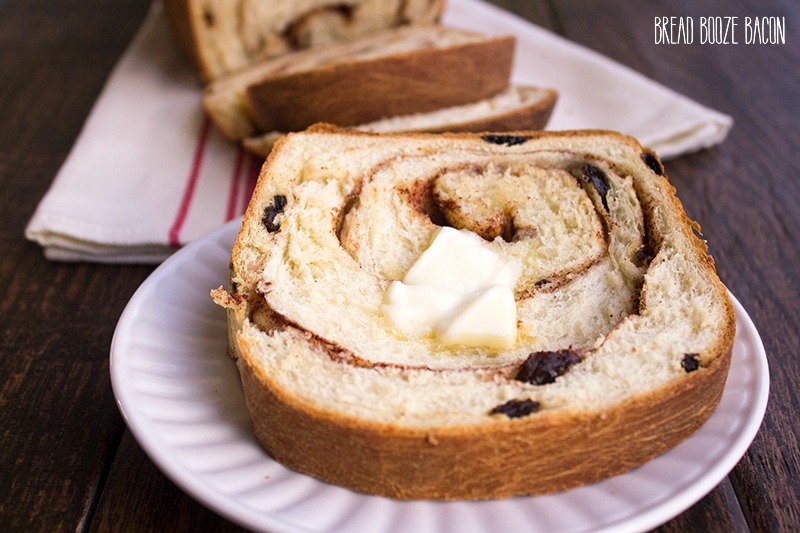 Years back I remember buying cinnamon raisin bread at the store. It was good, but it was dense and I missed that normal bread lightness. When I made this recipe, my cravings were satisfied! This bread is a light and fluffy on the inside with a gorgeous crust, and it’s so pretty when you cut into it! Dotted with warm raisins and a big old cinnamon swirl, this bread is perfection.  And can we just talk about how freaking awesome your house is going to smell? I baked this bread during the day while my husband was out. When he got home, the first thing I heard when he came in the door was, “Mmmmmmm!” Yeah. If you want to really take things to a new level, cut up one of the loaves and turn it into this awesome Apple Raisin Breakfast Casserole! 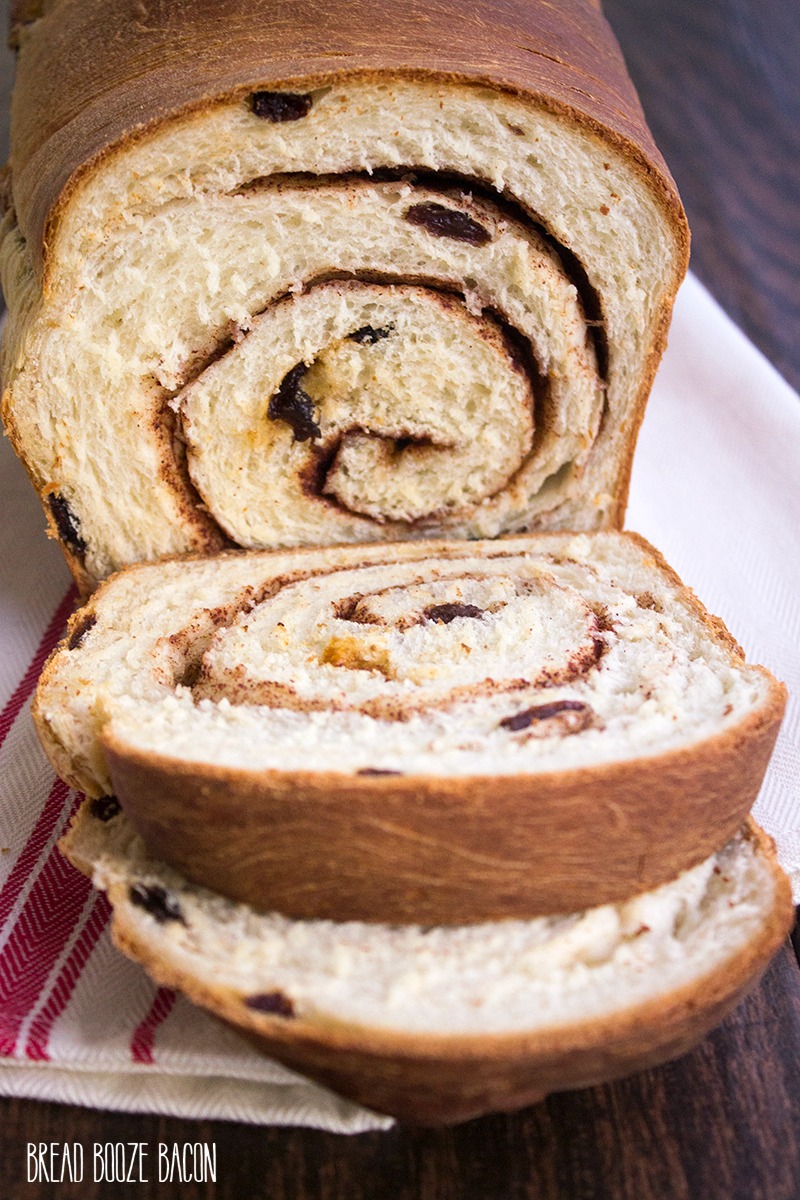 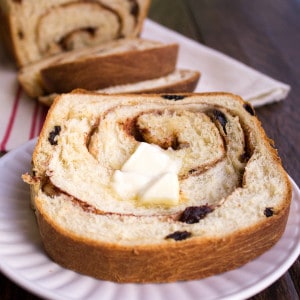