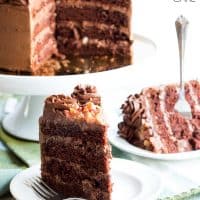 This post first appeared over at Sugar & Soul where I’m a contributor.

Brown Sugar Bacon Chocolate Cake is a sweet and salty dessert that’s decadent, chocolate bliss! It’s the perfect cake to make for your loved ones! 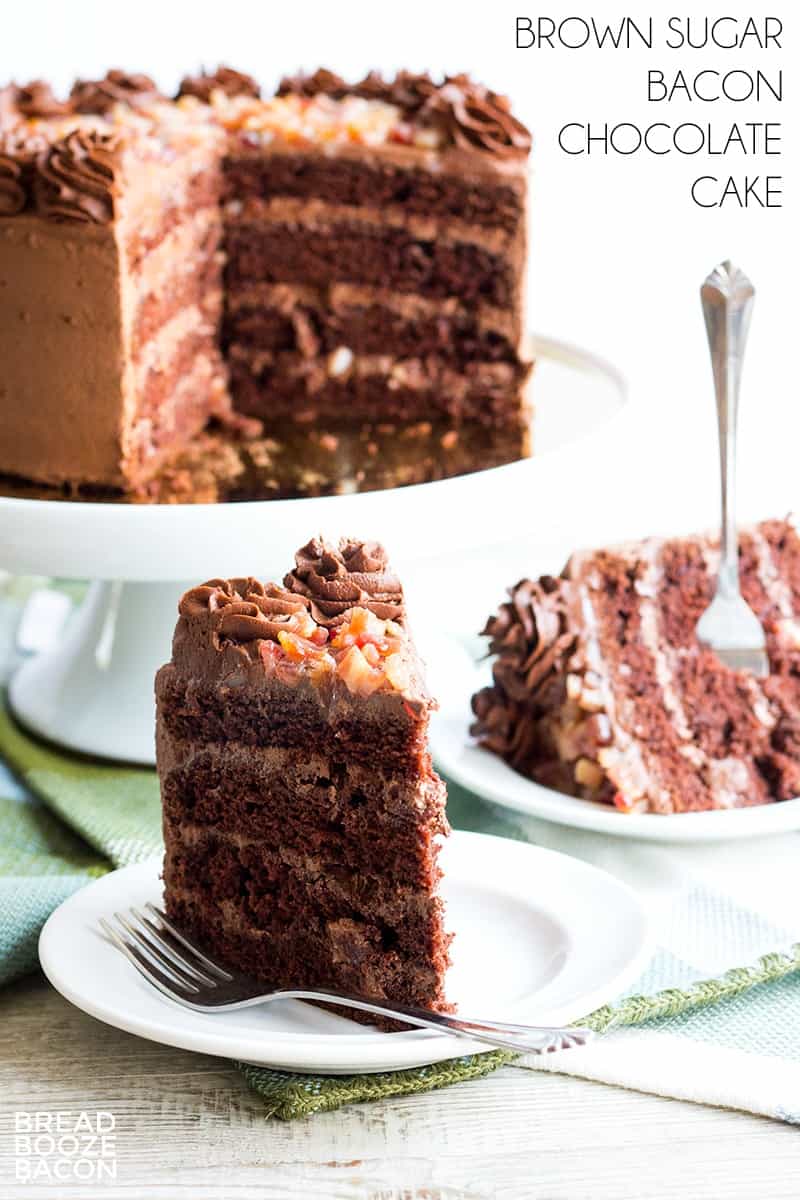 This Brown Sugar Bacon Chocolate Cake is one for the books! Chocolate cake has always been one of those desserts I just can’t resist. Whether it’s chocolate on chocolate, slathered with cream cheese frosting, or an ooey, gooey lava cake there’s something purely decadent about a great chocolate cake.

Today I’m bringing out my ultimate dessert obsession – sweet and salty + chocolate cake. We’ve all seen sea salt fudge and recipes like that where salt is used to boost the flavors going in the recipe. I’m one of those bacon freaks, and I just knew bacon would the perfect salty addition to compliment the chocolate in this cake. 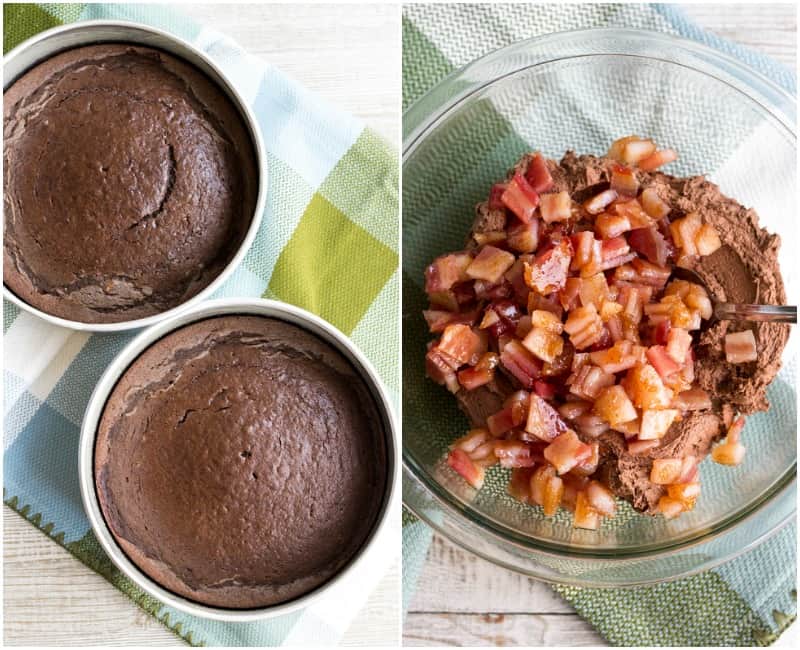 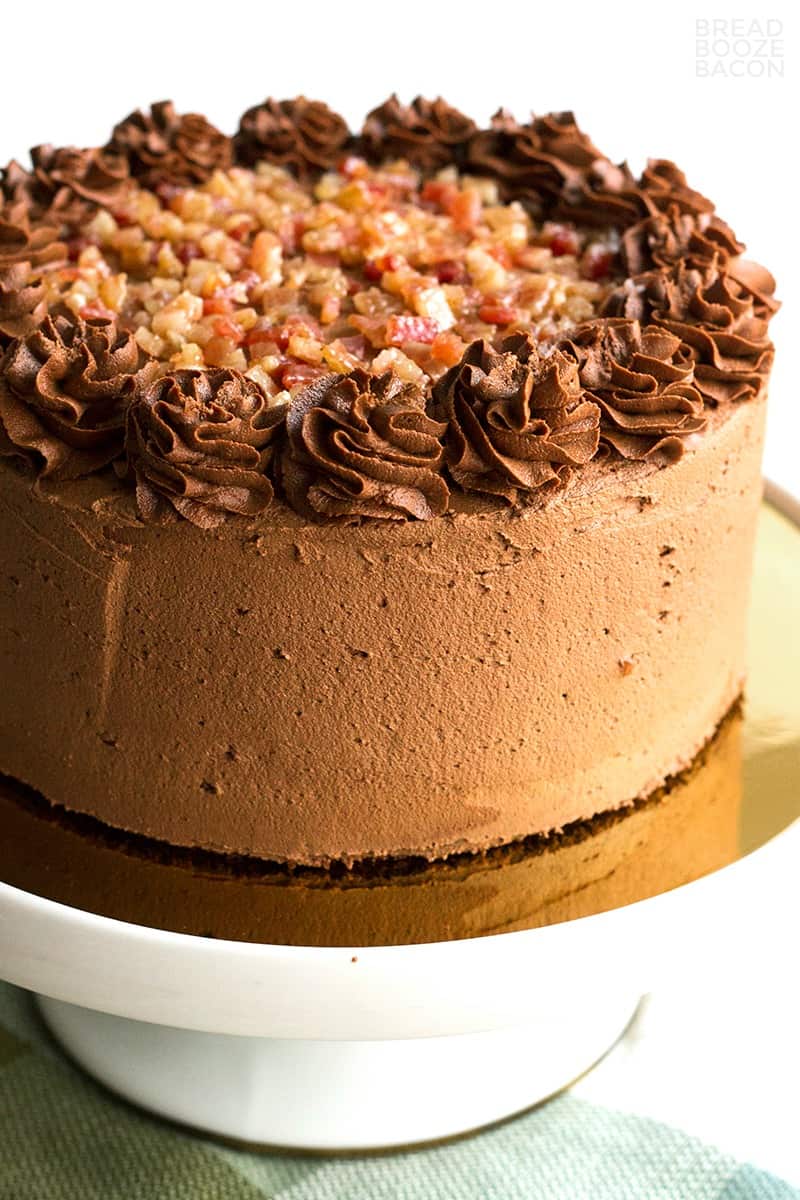 I’ve always been the type of girl to dip my french fries in my frosty. This chocolate and salt and fried potatoes are addictingly good. That flavor combination is exactly what this cake brings to the table, in a more fantastic way.

The whole thing starts off with a rich chocolate cake, made with all brown sugar for depth of flavor and a little coffee to really boost things. Then the cake gets filled and topped with chocolate buttercream, but we’re taking the filling to another level and mixing in candied bacon! Then you just decorate and enjoy! 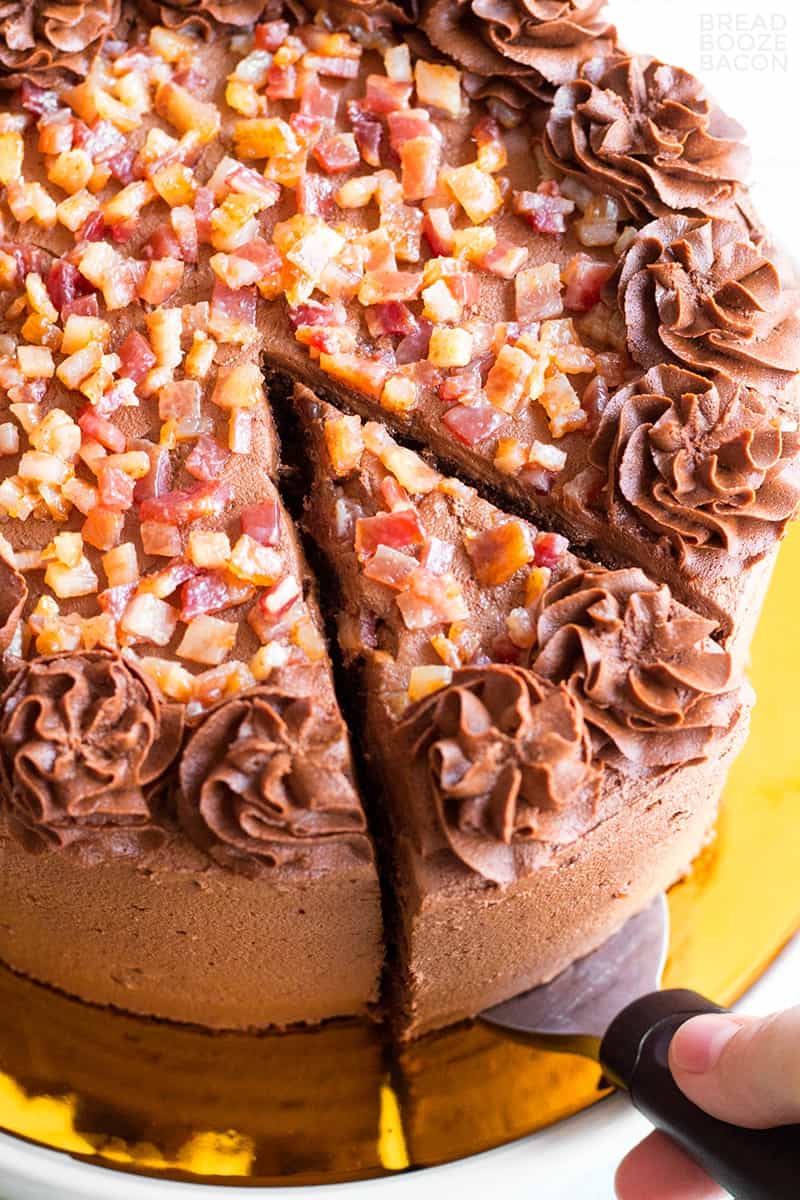 This cake is so incredibly delicious. If you’ve never had bacon in your dessert, this Brown Sugar Bacon Chocolate Cake will make you want to add it to just about everything. And just look at all those years! Who doesn’t love a big slice of layer cake? I can’t wait to make this recipe again. Next time I think I’ll turn it into cupcakes, just for fun! 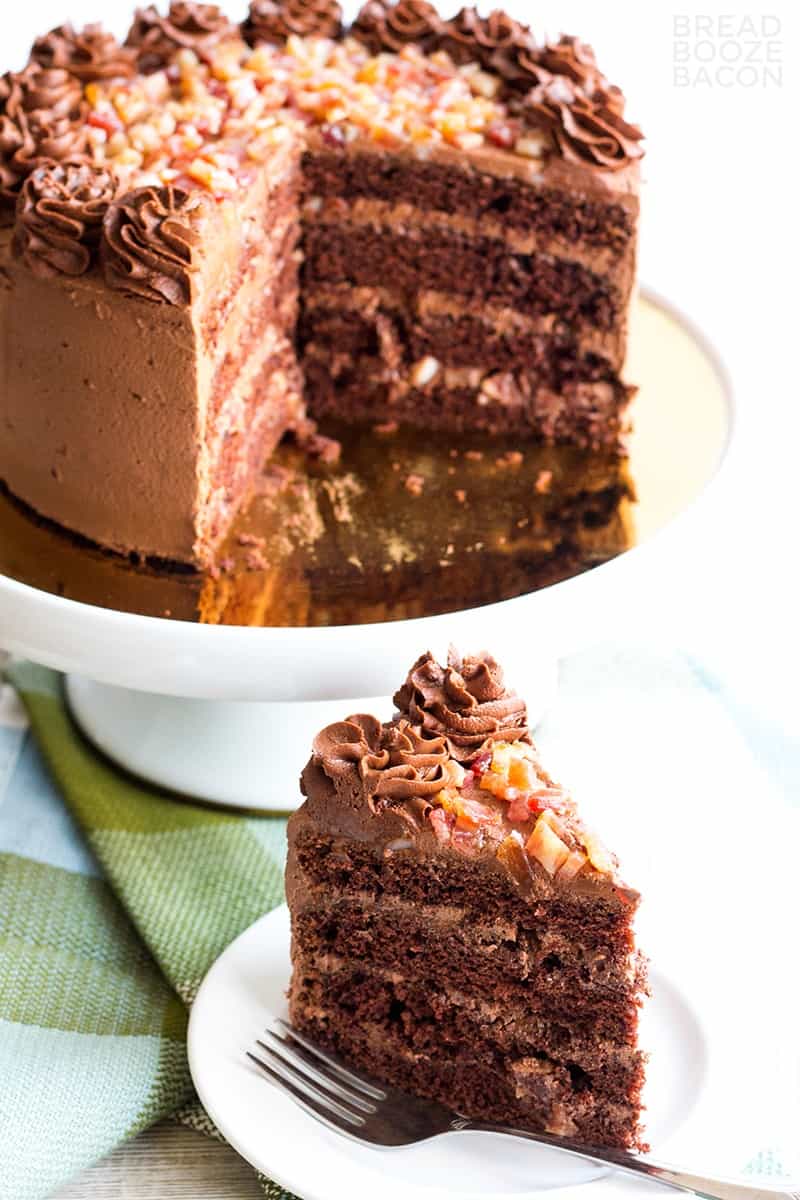 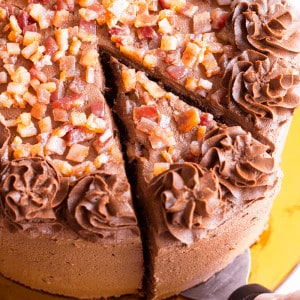