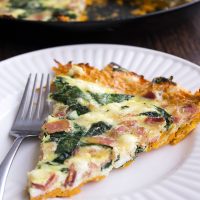 This post is sponsored by Lodge Cast Iron. All opinions are 100% my own.

Spinach and Bacon Quiche with Sweet Potato Crust is a deliciously filling breakfast that’ll have everyone coming back for seconds! 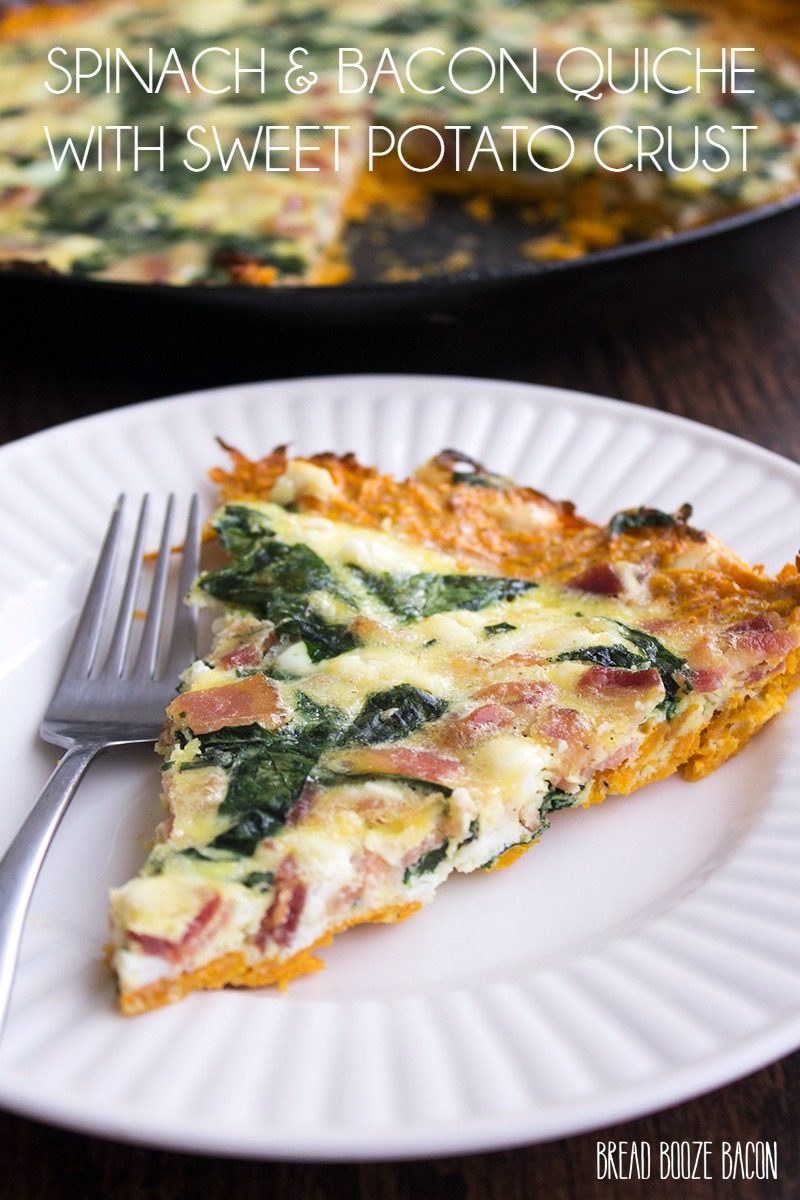 A big breakfast is a weekend occasion at my house. Weekday mornings are streamlined and the kids like to have dry cereal with a cup of milk. They’re weird like that. So when Saturday and Sunday roll around, we have pancakes, casseroles, and whatever else I’m in the mood to cook.

Since we’re all about bacon around here there’s almost always a plate of bacon to go alongside. But this recipe mixes everything up in one delicious bite! And I’m totally addicted to it. I always have at least to slices and usually grab a cold slice out of the fridge later that day. 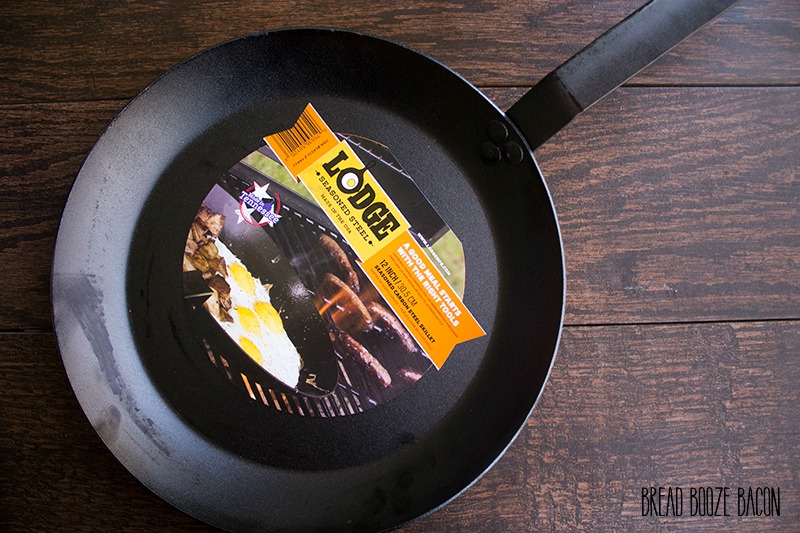 This quiche is the bee’s knees kids! While I love pie crust like a mofo, I will sing the praises of a sweet potato crust all day long! This quiche does take a little extra love (AKA time) but it is SO worth it!

I may never make a quiche with a different crust again. Seriously. Mix and match the filling to your tastes and you’ll have a dish you want to eat morning, noon, and night!

I also love this leek and goat cheese quiche variation from my aunt. It’s the recipe that got me started on this whole sweet potato crust kick! 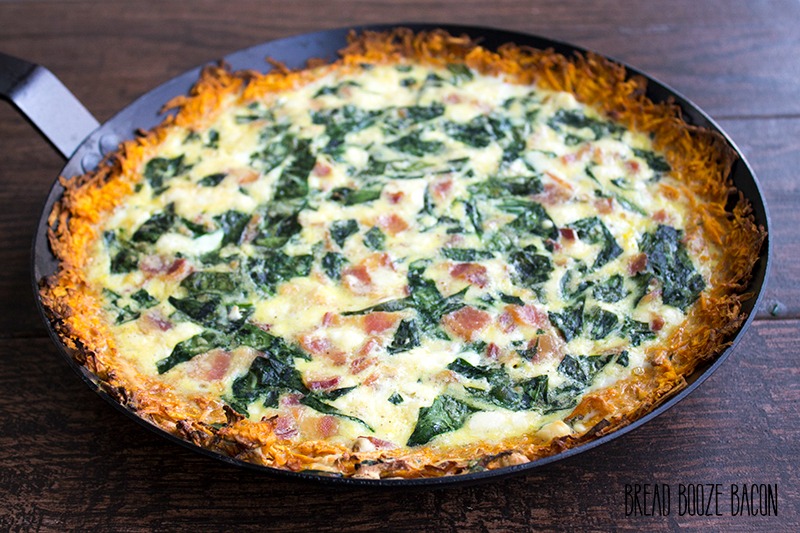 I love that this recipe is cooked and served in the same dish. Now I cooked the bacon separately, but if you wanted to keep this a one-dish quiche you could cook the bacon in the skillet, and then use some of the bacon fat to coat it. This does add extra time to the recipe so that’s totally your call.

Since this Lodge Carbon Steel Skillet is brand new, and the potatoes kind of like to stick to anything the butter or bacon fat is a must. Then you just need to run a knife or cake server around the edge to release the potatoes and voila! 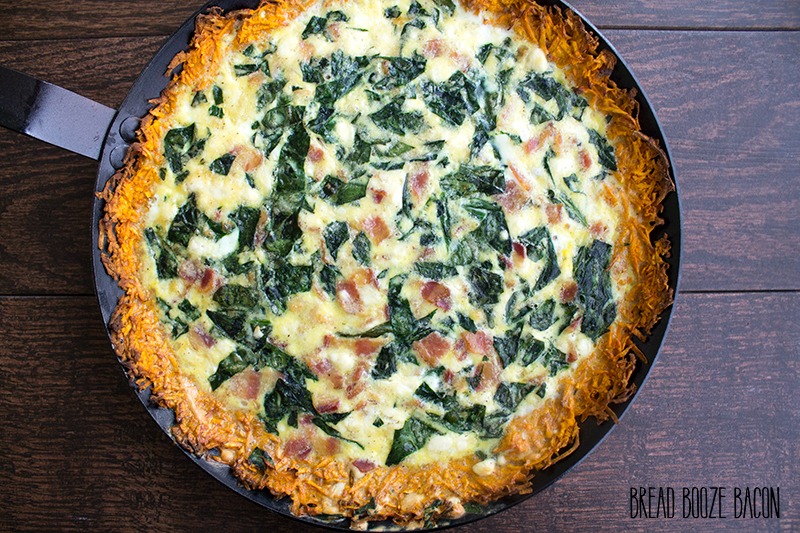 Full disclosure, I totally forgot to add the milk before I poured the filling into the crust. So I had to take the filling out, stir in the milk, and then pour it back in. Everyone lived.

It’s like Julia said, “Always remember: If you’re alone in the kitchen and you drop the lamb, you can always just pick it up. Who’s going to know?”

Not that I’d pick food up off the floor and keep going, but it totally works in this situation.

Click HERE to see all the Bacon Month recipes we made this month! 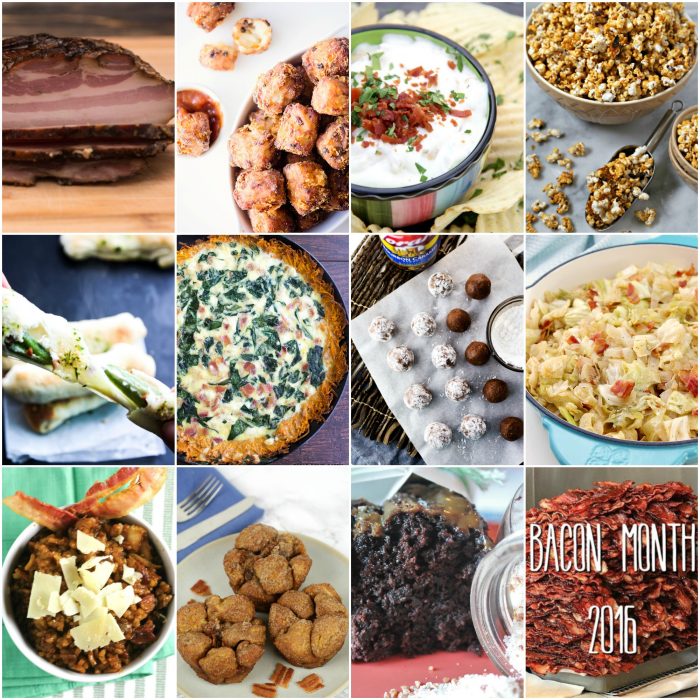 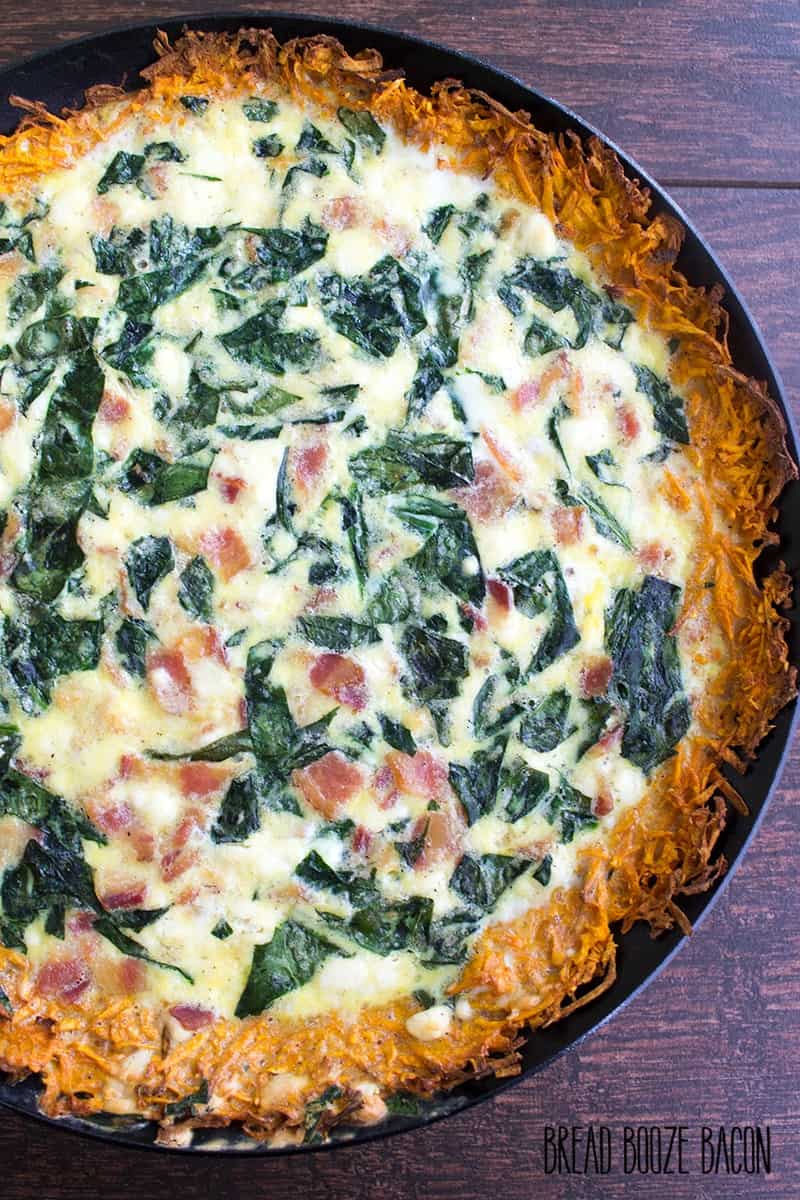